In a disappointing turn of events, the new iPhones will indeed look identical to the current iPhone X according to new reports from 9to5Mac. They claim that new images of the iPhone XS have emerged (from an internal testing live stream from Apple) and that both the 5.8” and 6.5” models will be called “iPhone XS”. While this is unlikely, the images 9to5Mac have leaked do not show the final product name and so we can’t say for sure that the name is incorrect. Instead they show what look like first renders of both models of the iPhone XS. The models both feature an edge to edge design and have a planet background, similar to iPad Pro’s launch background.

Although disappointing, the image shows us a first look at iPhone XS. It’s more than likely Apple wants everyone to move over to the new all screen design and so is continuing to recycle the design another year. The image doesn’t show the Dual Camera setup found on iPhone X, however it’s more than likely that the iPhone XS will feature the same camera setup, with Portrait Lighting and Portrait Mode. While we can expect major improvements to internals this year with new iPhones, we don’t expect to see any design changes for any of the three models expected to be unveiled.

The name “iPhone XS” also makes sense, since the design is identical to iPhone X (as with iPhone 6 and iPhone 6S). Therefore, it makes sense that the flagship models will be called iPhone XS. What is confusing, however, is that 9to5Mac states both models will feature the same name, and there will be no “Plus” name for the 6.5” model.

Alongside this leak, Apple recently sent out press invites confirming the September 12 event. Overall, this shows how accurate companies like Appleosophy and 9to5Mac are at predicting launch dates and event schedules. It also shows that the new leaked “iPhone XS” from 9to5Mac is almost definitely accurate.

While this will be another year with the iPhone X design, at least we have new edge to edge iPad Pros to look forward to in September, as well as Apple Watch Series 4, AirPower and a new AirPods case.

Apple today has released the second beta of watchOS 6.2.5 to developers to test. This comes after the… 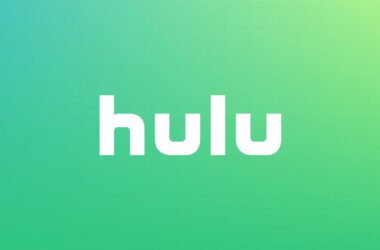 On Wednesday, Hulu announced that they are changing up the prices of their service, along with a few…