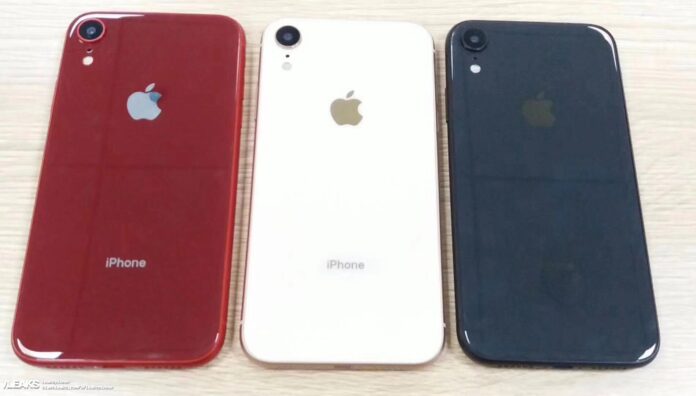 Apple’s “Gather Round” Special Event is being held next week at the Steve Jobs Theatre in Cupertino, California.

Ahead of Apple’s event, images of dummy units to the soon to be announced “iPhone 9” have surfaced.

The images come courtesy of Slash Leaks, and feature an alleged iPhone 9 model in three colours: Blue, Red and Gold. It is unclear if the red colour is a (PRODUCT) RED colour which Apple began in 2017 with the iPhone 7 & iPhone 7 Plus. Interesting to note there is no PRODUCT (RED) branding at the back underneath the iPhone branding.

These are dummy units, so this is not a true representation of the actual iPhone 9 models, they would be using lower-end materials, such as plastic instead of glass, but this gives us a clear look at the change camera system with the flash system at the bottom.

The iPhone 9 was also featured alongside the iPhone 9, iPhone Xs and iPhone Xs Plus in a Romanian site, “ready for pre-order”, ahead of Apple’s event. The page has since been taken down.