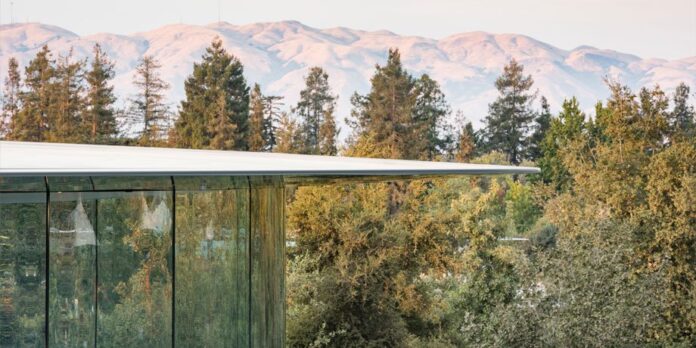 The institute said that the award was specifically designed to give project who transform ordinary into an extraordinary architectural design. It is worth mentioning that the judges especially admire Apple’s way of hiding wires and pipes between the roof and buildings. The impression of the building is that there is only glass between the floor and the ceiling, and there are no other complicated things between them, and they like the way they make the wires and pipes invisible.

The structural systems were designed so that the conduits, sprinkler pipes, data, audio and security systems needed in the roof could be accommodated in the 30mm joints between the glass panels. As Cupertino is in a highly seismic zone, several strategies have been employed to protect the structure against seismic activity.

The first press event held at the Jobs Theatre was in September 2017, when Apple launched products such as iPhone X, iPhone 8, iPhone 8 Plus, Apple Watch Series 3 and Apple TV 4K. The Theatre is located on one of the highest points in Apple Park, overlooking the landscaping and main spaceship building.