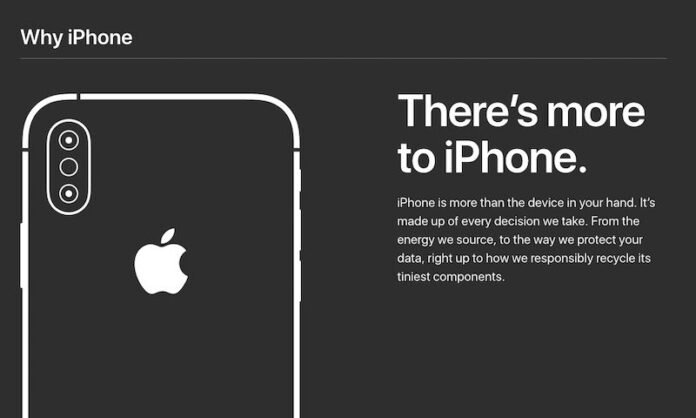 Apple today expanded its “There’s More to iPhone” marketing campaign to France and the United Kingdom after launching it in Germany late last year.

A new “Why iPhone” page on Apple’s website in each country highlights reasons why an iPhone is “more than the device in your hand,” ranging from Apple’s environmental responsibility to iOS 12 performance improvements to the privacy of features such as Face ID, Apple Maps, and, yes, FaceTime.

“At Apple, we believe that data privacy is a fundamental human right. Your personal data belongs to you and no one else.

And while some companies sell your data, we don’t. We’ll tell you if we collect your data and let you know how it’s used. For instance, we may utilize that data to make iPhone more user friendly. And you can always change your settings to limit the amount of information that can be accessed.”

The marketing campaign is prominently featured on the iPhone page of Apple’s website in France, the United Kingdom, and Germany. It has yet to launch in the United States or any other countries we checked.

Apple has been heavily promoting iPhone XR and iPhone XS trade-ins with a prominent banner on the homepage of its website, store signage, App Store editorials, emails to older iPhone users, and more. Apple provided its first revenue warning in 16 years last quarter due to “fewer iPhone upgrades” than it anticipated.