Recently, my family bought a new car, specifically the 2017 Ford Escape SE. With that came a six-month free trial of SiriusXM satellite radio.

To kick things off, the service has a nice mobile app for iOS. However, one thing that I noticed early on is that it looks as though the look and interface of the app have not been updated since iOS 7. This is not to say that the app has not been updated recently because it is updated frequently, but that the look of it has not changed.

As for the stations, this is probably the most diverse amount of stations out there. This is not to say that they have Arabic or Chinese music, but that the variety is very good. You can find something for everyone on this service. Genres consist of Top 40 pop, regular pop, 70’s, 80, and 90’s songs, along with country, sports, news talk, politics, and many other great stations.

Genres consist of Top 40 pop, regular pop, 70’s, 80, and 90’s songs, along with country, sports, news talk, politics, and many other great stations. There are even stations for kids such as Radio Disney and Kidz Bop Radio. For sports fans, you can expect to find ESPN Radio, FOX Sports Radio, NFL Radio, NHL Radio, and NASCAR Radio just to name a few.

There was one thing that stood out to me, which was hearing a song by an artist that I had listened to many times on Apple Music and Spotify, but never heard him on the radio. During my initial testing of SiriusXM, I heard Elliott Smith’s “Angeles.” To me, it really showed the difference between traditional FM radio and what satellite radio has to offer.

If using just the app to listen to SiriusXM, it works perfectly. It never crashed once and never malfunctioned. I also liked that when using the mobile app, that if you found a song on a station that would want to listen to, it will automatically start from the beginning of that song. There is an option to play the song from the live broadcast too. If using it in the car, that’s where the trouble can come. In some spots where I live, the coverage was spotty. I will say that I did have coverage in about 90 percent of my hometown, but if users are paying for this service, it needs to be available everywhere. In 2017, there is just no excuse for this.

If using it in the car, that’s where the trouble can come. In some spots where I live, the coverage was spotty. I will say that I did have coverage in about 90 percent of my hometown, but if users are paying for this service, it needs to be available everywhere. In 2017, there is no excuse for this.

As for the functionality of it, it’s good. Simply turning the “Tune” knob in the car allows for users to change stations. This is different if the car has a giant dashboard screen. In that case, the dashboard would be touchscreen and users could change the station by easily tapping on the screen just like you would with an iPhone, iPad, or iPod Touch.

Another issue that I found with this is that there is not much of a difference in having satellite radio and using a radio-like service like Pandora Radio, and even with Pandora, it has the option for ad-free usage. SiriusXM does do a good job of not having many ads (most commonly found on sports and talk radio stations) on its service, but they do exist.

The biggest issue with the service that I see is that it does not have a CarPlay app, which I believe is going to crucial for the company’s future. With services like Apple Music and Spotify, and having the ability to listen to what you want and when you want to listen to it is something that SiriusXM will have to look into.

Overall, for the money, SiriusXM is a decent investment to look into if you want the best out of your music experience when in the car. The service starts at $10.99 a month and goes as high as $19.99 per month. Based on the quality of service and price for the service, I am giving SiriusXM Radio 3/4 stars. It loses a star for its spotty coverage in some areas and its longevity/future.

With the release of the new 10.5-inch iPad Pro that Apple unveiled yesterday at WWDC, Best Buy now… 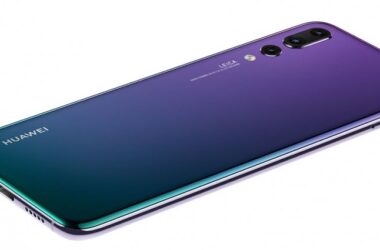 According to Taiwan’s Economic Daily News,  Apple to introduce a new iPhone model with a triple-lens rear camera as…