We live in a society today that has become reliant on on-demand streaming services such as Netflix, Hulu, and Amazon Video. With the release of live TV streaming services like Sling TV, PlayStation Vue, DirecTV Now, and Hulu with Live TV, consumers now have a new and more efficient way of viewing and paying for live TV.

Networks like ESPN and Disney Channel have seen significant drops in viewership over the past few years due to cord cutting because it is more affordable and an overall better system for consumers to be able to sign up for a cheaper program such as a streaming service, and then also be able to watch what they want to watch and when they want to watch it.

With all of that said, how do you cut the cord in 2017 and what is the best live TV streaming service for you? The answer is simpler than you think.

If you are someone who really loves their sports and can’t get enough of said sports, the best option is Hulu with Live TV. This comes with ESPN, ESPN2, ESPN U, ESPNEWS, FS1, FS2, NBC Sports Network, and CBS Sports Network. If you’re a fan of March Madness, it will also come with TBS, TNT, and TruTV. Depending on your area, you could also get access to live streams of CBS, FOX, NBC, and ABC. If not, their on-demand catalogs are available on this service. Hulu with Live TV costs $39.99 a month.

Looking for something that will simply get the job done? Look no further than the Sling Orange plan from Sling TV. At $20 a month, you get exactly what you would need. The plan comes with ESPN, ESPN2, and ESPN3, along with basic networks like TBS, TNT, BBC America, Freeform, and AMC. Best of all, Sling TV (for select channels) has on-demand content that is uploaded within an hour after a new episode of a show has aired.

Wanting a little more? PlayStation Vue’s Core plan for $44.99 should be able to do the job. This plan is $5 more than their $39.99 Access plan, but the extra money goes to sports channels like MLB Network, local FSN affiliates, and CSN affiliates. If you’re not into sports all that much, the $39.99 Access plan is a good plan to go with too.

DirecTV Now‘s service is very similar to PlayStation Vue but does start cheaper at $35 a month, which does surprisingly come with a lot more than Vue’s Access plan. However, if you’re going to invest in DirecTV Now, my advice is to put $15 more in it, spend $50 a month, and get the Just Right plan. It will truly get you something everyone in the household.

Now, I would mention YouTube TV, but since it is still not available everywhere and I have been unable to test out the service myself, ergo I cannot fully recommend it yet. If you can get access to YouTube TV, make sure you do your own research and see if it is for you. To help you out, click here to get the full details on YouTube TV.

Since we are primarily an Apple tech journalism site, I will recommend the Apple TV with its clean and simplistic user interface. It will also integrate with all of your other Apple devices. The cheapest option for the Apple TV 4th Generation is the 32GB version for $150.

The cheapest and best option, in my opinion, is the Amazon Fire Stick for $39.99. With this, you can get a streaming device that will work for all of the live TV streaming services mentioned here, including on-demand streaming services like Netflix, Hulu, and Amazon Video. It can be ordered through Amazon or picked up at your nearest retailer for the same price.

Also remember that you can purchase an antenna to pick up your local CBS, FOX, NBC, ABC, CW, and PBS affiliates. Some streaming services already have local affiliates in their packages, but only select areas.

(EXPIRED) Best Buy Deal of the Day: Save $50 on Select Models of the Apple Watch Series 1

Since we are in the holiday season and now that it is November, Best Buy is currently offering… 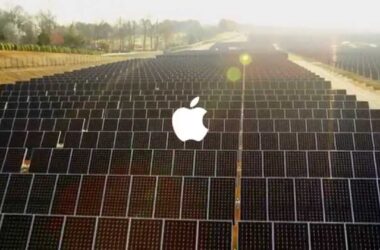 According to Reuters, Apple opposes proposed repeal of Clean Power Plan in the U.S., in which the company said…

Sorry that there was no post on here this time last week. I obviously just did not get around…