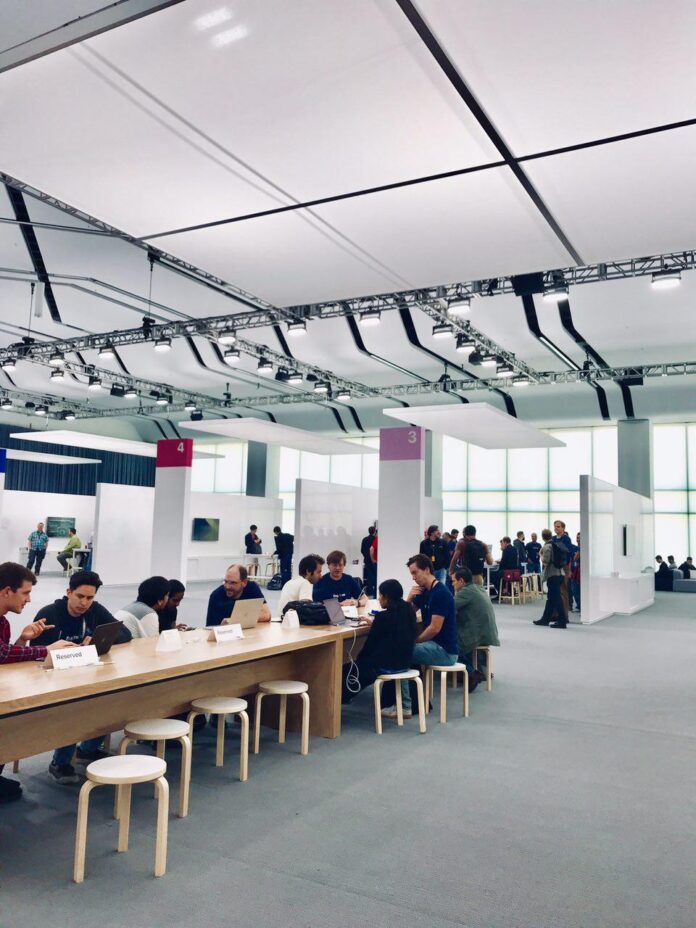 Last week, I purchased an iPad 5th Generation from Best Buy. I got this on sale originally at $60 off but eventually made that an $80 savings thanks to the Best Buy Tax Time sale that was last weekend. This is to replace my iPad Mini 2, which will likely lose iOS support this fall simply because it is an old tablet in 2018. However, there is more power in this thing than meets the eye.For starters, the iPad 5th Generation has a nice, sleek design. It’s slim, which makes it great for putting in your laptop bag when on the go. The form factor itself is simplistic and quite beautiful. Although it is not as slim as older iPads like the iPad Air 2, this iPad can still do the job even if it is thicker.

As for performance, it’s fantastic and FAST! I have yet to experience any sort of lag on this, thanks in part to Apple really focusing on making the iPad a good computer equivalent or substitute. I also like that there is no performance change when I have multiple apps running all at once. It makes it better for people like me who like to be productive on their iPad.

The display is a 9.7-inch Retina Display and it truly makes photos and videos look great. It’s nothing compared to a Mac’s but is still pretty high up there. With my old iPad Mini 2, the first iPad Mini with a Retina Display, it was good but over the years I felt like the display was going back to its predecessor and could not compete with the newer versions of the iPad, whether that be the regular iPad, iPad Mini or iPad Pro. It has a refulgent look to it. It’s bright, clear and stunning.

Battery life on this is truly incredible. I can watch videos for an hour in bed and only be down to 97 percent in battery life. Obviously this goes down a bit more when you have multiple apps and tabs open at once, and are doing a lot. However, if you’re just watching videos, surfing the web and doing basic stuff, the iPad 5th Generation has excellent battery life.

This iPad is my first iPad that has Touch ID on it and it is super fast. In fact, one might think it would be supernatural for how fast it takes to unlock this iPad with Touch ID. We’re talking supersonic, here. Compared to my current iPhone 6, it’s probably twice as fast. It works perfectly when buying items with Apple Pay too.

One thing that I do like about this iPad is that I can sign in to certain apps with Touch ID. Previously on my iPad Mini 2, since it did not have Touch ID, I had to type in a passcode in order to open apps like the Day One journaling app. I did not mind this during my time using the iPad Mini 2, but now that my iPad 5th Generation has Touch ID, I cannot imagine going back.

The camera is decent and can take pictures and record video on it, but this is definitively where this iPad does not shine. To make this short, if you are looking for an iPad with a good camera, you’d be better off spending the extra money and getting an iPad Pro. This camera is for the everyday individual who wants to take simple selfies and pet videos. If you want to record professional video, look towards an iPad Pro or filming camera.

Overall, I’m giving the iPad 5th Generation 4/4 stars. It has a brilliant display, portable size, and allows users to be productive without losing too much battery life. Yes, the camera is not great but for an iPad like this, it was not designed to have the biggest and best camera out there.

The iPad 5th Generation sells for $330 from Apple but it might be best to look at other stores like Best Buy, Target or Staples because those are the stores that usually have sales and deals on this iPad, along with many other Apple products.