Opinion: Folding iPhone? Apple is lagging behind in innovation. 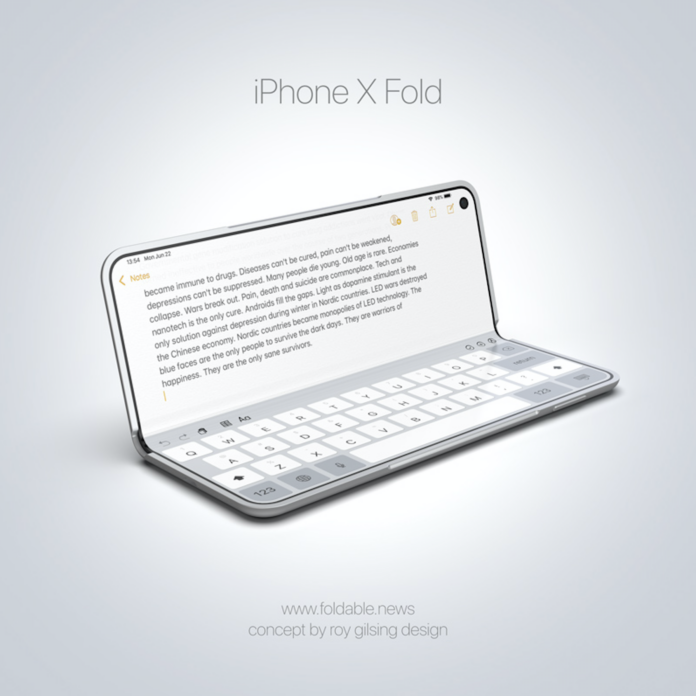 Handheld technology is advancing rapidly, and other companies are keeping up with the pace, while Apple seems to be lagging behind. Samsung recently announced five phones at Mobile World Congress last week, and the Galaxy Fold seems to be at the edge of what technology has to offer today. With the “Infinity Flex Display”, the phone is capable of folder its inner 7.3-inch display in half, while having a smaller 4.6-inch on the outside. It has an array of 6 cameras, that allow you to take a photo or a selfie no matter what orientation. It also has support for 5G networks, has 12GB of RAM that allows it to use up to 3 apps at the same time. The other phones announced, the S10, S10 Plus, S10e, and S10 5G, all have “Infinity O Displays”, a full-screen display with a hole cut out for the camera. The new Samsung phones have multiple technological advancements like 4K OIS front cameras, ultrasonic under-display fingerprint scanners, Wi-Fi 6 standard, ability to charge other devices wirelessly, wide-angle cameras, and much larger batteries. Other major companies such as Huawei and Xiaomi have announced their foldable phone/concept. Royole even has a consumer-ready product on the market, the “FlexPai” folding smartphone.

Compared to what all the new Samsung phones have to offer, the iPhone seems very outdated and behind in technology, very different to how Apple used to be. During the time of Steve Jobs, Apple was known to offer the best of technology, and constantly pushed boundaries in what was possible using a handheld device. These days Apple tends to delay features and changes and does it’s best to maximize profits and sales. Every new iPhone seems to offer less and less, while other companies are at it, trying to push as many changes and features as possible, in order to entice customers.

One can argue that Apple doesn’t need to entice customers, and that is because of the “Apple Ecosystem.” Apple products integrate with each other in ways that other companies try so hard to match, and fail. The way AirPods seamlessly connect and switch between devices, how AirDrop, Handoff, and Continuity works smoothly, and the first major mobile cloud service, “iCloud”, connects all your messages, data, files, photos, etc. All this makes it very difficult for an Apple customer, especially one with more than one Apple device, to exit the ecosystem. Still, as companies are beginning to offer much more than the iPhone, soon the magic of the Apple Ecosystem won’t be enough to keep their customers. Click here to learn more about the Apple Ecosystem.

Apple needs to start providing more of what we want, rather than what they think is best for us. For example, I want to be able to connect an SSD to my iPad Pro, the same way I can connect it to an Android phone, and read/write data. How is the iPad Pro a replacement for a computer, when iOS limits so much of its capabilities! The iPad Pro 2018 is more powerful than most laptops, but still, basic file handling, external storage, app windows, and software taking advantage of the computing power of the iPad aren’t present.

Intel recently announced that their 5G modems won’t be consumer ready until 2020. This may be a problem for Apple, as to date, they depend on Intel Modems for the iPhone. With Huawei, Samsung, Xiaomi, LG, and OnePlus at the edge of launching 5G enabled phones, Apple may hopefully look towards MediaTek, or Qualcomm (if they resolve their differences) to provide a 5G modem for the 2019 iPhones.

Also recently, Apple published a patent detailing how a foldable iPhone will work. This may mean that Apple could launch a folding iPhone as soon as 2020. Unfortunately, Apple is known to publish patents on just about anything that their engineers can think of, and most never see the light of day. Therefore, we have to take this with a grain of salt. With the new 2018 iPads costing just as much as a MacBook and Xiaomi announcing a 2,600$ folding phone, I won’t be surprised if an “iPhone Fold” launches starting at 4,000$.

A concept showing how a Galaxy Fold similar iPhone would look like is shown below, courtesy of Foldable News, made by Dutch industrial designer Roy Gilsing.

Innovation is happing so fast these days, and companies are pushing boundaries and redefining handheld devices.

If there is a time for Apple to step up their game, it would be now.