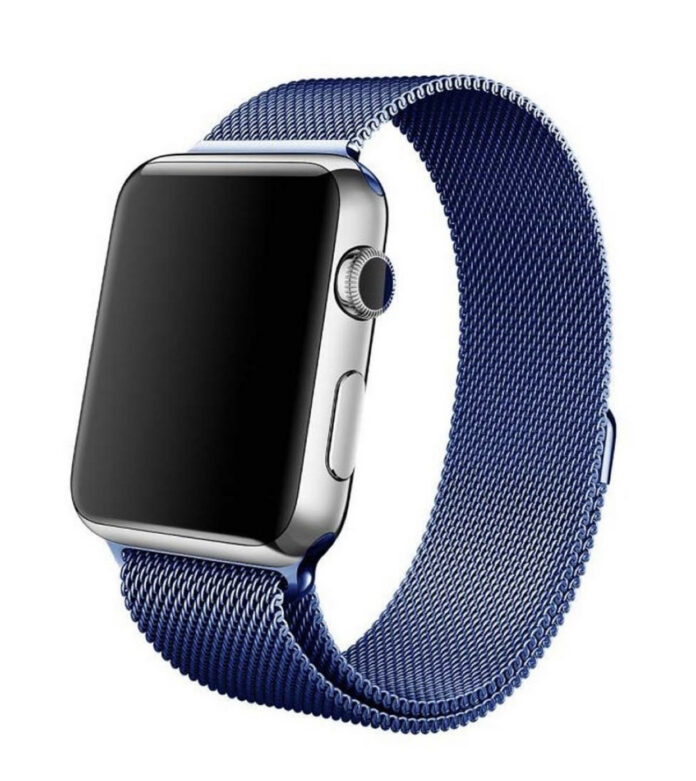 Just last week, I bought myself a brand new Apple Watch band for my 38mm Apple Watch Series 1. Even though I technically own three of them, this is the first time that I have actually bought one since the previous ones were from a friend and the other from a company that makes Apple Watch bands.

When first viewing this band, the color of the blue is truly one of the best out there. Blue is my favorite color, so having this color of watch band really makes me happy and that it matches a lot of my clothing now too.

Additionally, for someone like me who has incredibly skinny, narrow wrists, this thing fits like glove. There is no movement when walking, jogging or running. It stays where I want it to go. This is an issue that I experience with the default white silicon watch band that I got with my Apple Watch in December 2016.

The only thing that I can say that I do not like about this is the occasional arm hair and skin pinching. It is only a minor problem and happens every now and then.

Overall, this is watch band still gets 4/4 stars from me. It fits well, doesn’t irritate my arm or skin too much (pinching) and that it is a great-looking watch band that is good for those who like the color blue or are looking for a new watch band. For a price of only $17.99, this is a great band for those who need something stylish, luxurious and cheap.