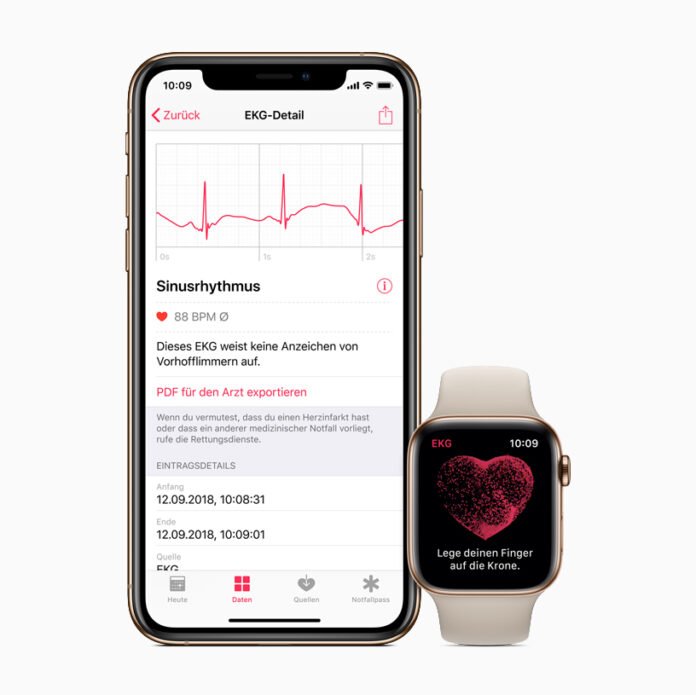 Apple released watchOS 5.2 today, and through the press release, we learned that the ECG feature of Apple Watch Series 4 has expanded to more countries, specifically Europeans countries and Hong Kong. Meanwhile, the update also added support for the second-generation of AirPods and real-time text (RTT) for phone calls.

According to Apple’s press release, the support area for ECG feature has now expanded to 24, with the addition of Hong Kong, China, and 19 European countries, in addition to the US, US Virgin Islands, Guam, and Puerto Rico. The latter include Austria, Belgium, Denmark, Finland, France, Germany, Greece, Hungary, Ireland, Italy, Luxembourg, the Netherlands, Norway, Portugal, Romania, Spain, Sweden, Switzerland, and the United Kingdom.

“We’ve seen the ECG App and irregular rhythm notifications on Apple Watch have a meaningful impact on our customers across the United States” said Jeff Williams, Apple’s chief operating officer. “We are excited to bring these features to customers in Europe and Hong Kong, giving them access to empowering information about their heart health.”

The update also added new watchfaces for Hermès watch users, and the update includes support for the Apple News+ feature, which let you read over 300 magazines for just $10 per month