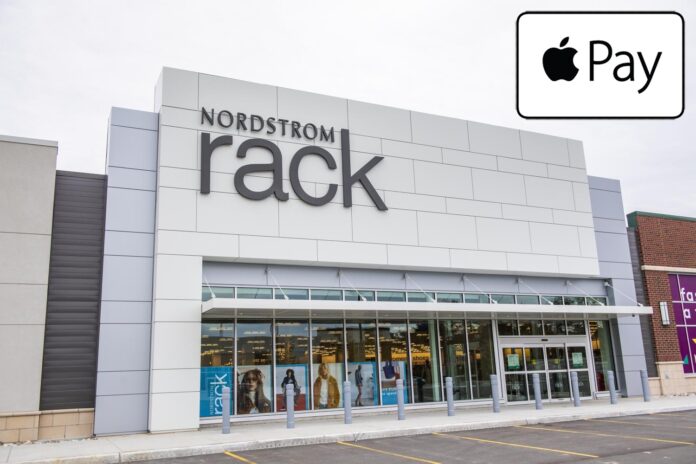 Hi there! I'm excited to share that we do accept Apple Pay. If you'd like to trouble shoot this issue please send us a DM and we'll be happy to help. -Jacqs

Some stores listed in Apple Maps have also begun to show that they are accepting Apple Pay too. Regular Nordstrom stores have been said to have Apple Pay acceptance too.

It should be noted too that the Nordstrom Rack iOS app does allow for purchases to be made with Apple Pay too. The official Nordstrom app does not accept it, though.