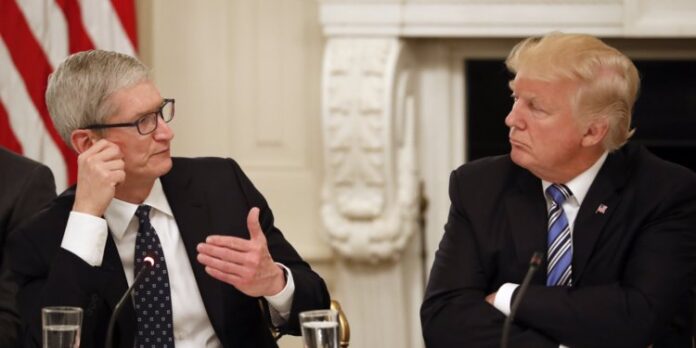 According to a tweet made by United States President Donald Trump, he will be having dinner with Apple CEO Tim Cook tonight.

Having dinner tonight with Tim Cook of Apple. They will be spending vast sums of money in the U.S. Great!

No one knows exactly what the two will be discussing, but it could be that Cook will try to get Trump to allow him and Apple to be excused from the China tariffs in order to make the next version of the iPhone and other Apple products for a cheaper price.

Trump has said before that he wants companies in the United States, like Apple, to make their products in America instead of going overseas to do it for cheap.

One of Apple’s most well-known products, the 2013 Mac Pro, was actually designed in California and assembled in Texas, proving that Apple has done it before.

The only difference this time is that Trump wants to make it law or rule that these companies must make their products in America, therefore hiring American workers to do the job and keeping people employed and working, or pay the price in tariffs charges.