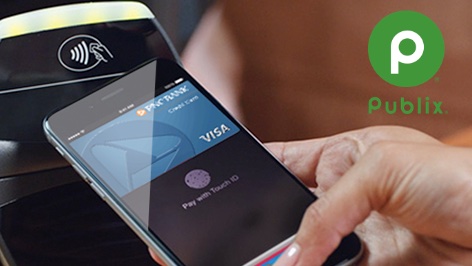 It has been revealed on Reddit that one of the most popular grocery store chains in America, is now accepting Apple Pay in its stores.

Publix, a popular grocery store in the southeastern United States, will now be accepting Apple Pay in its stores.

In a release that was given to employees, it shows that Publix stores will now be accepting Apple Pay, as well as other NFC-based payment methods like Google Pay and Samsung Pay.

Publix’s delivery service will also begin accepting Apple Pay too. The company has a page on its website, confirming that it is accepting it now.

In addition to them accepting Apple Pay, Apple Card users will be able to get two percent in Daily Cash for each transaction they make with their Apple Card at its stores.

On the bottom of the release, it shows that March 31, 2020, is the day that stores will begin to start accepting it.

We cannot confirm whether or not this will be all Publix grocery stores or just a select few. However, we do have a tweet from a Twitter user that does confirm that Publix has added it.

Has Publix started accepting Apple Pay at your store? Let us know in the comments below, as we are very curious about it.