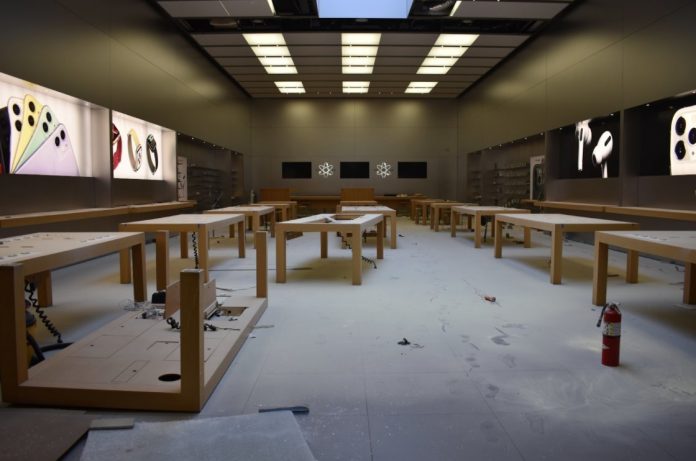 Due to the protests and riots going on in Minneapolis and Portland this weekend over the death of George Floyd, an African American who was innocently killed by a police officer on May 25.

Central Minneapolis’s Apple Store called “Apple Uptown” on Hennepin Avenue was broken into and looted by protesters and rioters Thursday night. The tables in the store have been turned upside down and all of the products in the store such as iPhones, iPads, iPod Touches and Apple Watches look to be gone.

There was an attempt beforehand to get the store boarded up before the riots and protests happened, which was completed, but the store was still broken into and demolished, despite Apple’s best efforts.

The Apple Store in Portland, Oregon was also broken into on May 30, with looters taking products and inventory from the store.

A video posted on Twitter shows looters damaging the store and taking products from it.

Apple store in Portland being looted during protest pic.twitter.com/GqmGCOqRkt

Please stay tuned for Appleosophy’s continued coverage of these robberies as well as any additional ones that occur in the near future.