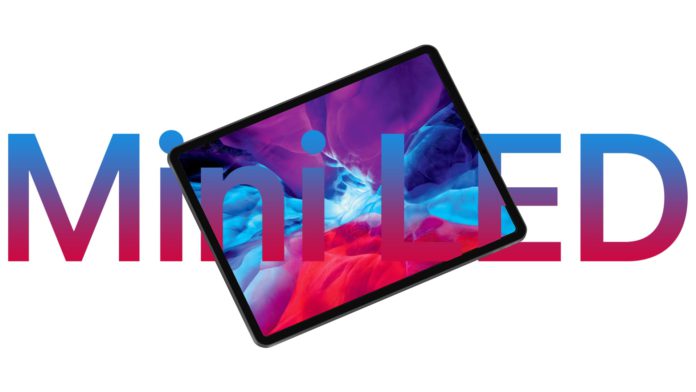 As has been rumored for a while, Apple is planning to integrate Mini-LED displays into their product lineup. Unlike traditional LED-backlit displays, Mini-LED displays can feature over a thousand full-array local dimming zones, leading to better contrast, higher brightness and deeper blacks. It also is more power-efficient, leading to better battery life, and is less prone to burn-in than OLED. According to a report from DigiTimes, it looks like this new display technology will first be coming to the 12.9-inch iPad Pro in the first quarter of 2021.

“GIS approved investments of NT$2.198 billion (US$76.3 million) and NT$1.421 billion proposed by its subsidiary in Chengdu, China in August and November 2020 respectively, with the funds to focus on expanding production capacity for integrated touch modules used in tablets, the sources said. The subsidiary will invest another NT$753 million to improve production line automation. The subsidiary currently produces integrated touch modules for iPads and MacBooks, the sources said.

Besides iPhones, GIS will produce integrated touch modules for miniLED-backlit panels of 12.9-inch ‌iPad Pro‌ to be launched in first-quarter 2021, the sources noted.”

Analyst Ming-Chi Kuo has previously stated that the first Mini-LED iPad will launch in the first half of 2021, lining up with the report from DigiTimes, although it appears we could be seeing the updated display technology sooner rather than later. Apple also plans to bring new technology to the Apple Watch lineup, namely Micro-LED. Micro-LEDs can be as small as 1 hundredth of the size of a Mini-LED, and can provide over 30x higher brightness when compared to OLED. Given their diminutive nature, Mini-LEDs are extremely difficult to manufacture, accounting for the still-ongoing delay before integration into products in Apple’s lineup.