I have had arguably the most unique journey when it comes to Apple Pay and how it has consumed large portions of my life. This is part of that story five years later.

I was able to use Apple Pay for the first time when I acquired my iPhone 6 right before I finished my final semester at North Iowa Area Community College (NIACC) in May 2016. 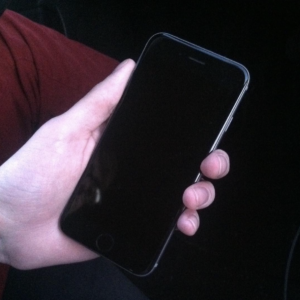 In fact, NIACC was one of the first places that I used Apple Pay. At the time, the college had these Pepsi machines that were almost brand new and you could use contactless forms of payment like Apple Pay at them. I made sure to take full advantage of this while I was there.

I believe that my first online transaction with Apple Pay was done through the Target app. The first purchase was a poster for a friend who was graduating from high school that same year.

So why have I had such an obsession with Apple Pay after all of these years?

To make it simple, an experience I once had.

Back in the 2016 summer, I went to purchase a new watch. During that time, I had been using one of those iPod nano sixth-generation watches, but due to an unfortunate misfiring of a soda machine, the soda got into the iPod and essentially ruined it.

It was then that I was tight on money and decided to go get an analog watch, to be somewhat old school, but also have a unique design on it. The one I ended up finding was an analog watch that had a picture of the Apple logo on it, but the bite mark was the face of Steve Jobs. 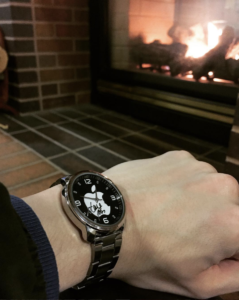 I believe the watch was only $15 through a third-party seller on Amazon. I went ahead and made the purchase that night, not thinking any more of it after that.

A couple of days later, I was at my local Target and was buying something that my mom had asked me to pick up while I was hanging out with a friend. When I got to the checkout with my two items, my debit card kept getting declined even though I knew I had plenty of money on it.

It was at this point where I immediately called my bank and they told me they had shut my debit card off because someone had tried to steal $1,500 from my bank account, with the person who had tried to do this being the seller I had purchased my watch from on Amazon.

I could not believe that it was 2016 and that a big company like Amazon did not have any form of encryption to protect against crimes like this. Thankfully, the seller never got my $1,500 in my account and I eventually got my watch in the mail, but that’s where my obsession with Apple Pay started.

From there on out, it began this pursuit to get more and more businesses and companies to accept it as a form of payment, whether that was in stores or online. To me, there was no excuse to not have it because there is nothing more important than keeping customer payment safe and secure, and having a system as Apple Pay accepted enables stores to, if anything, have peace of mind knowing that if a customer uses it, the data is safe and there should not be much of a concern with having their credit or debit card hacked from it.

My pursuit of getting more and more places to accept Apple Pay, I believe, has been a massive success. Since I have begun tweeting at companies and posting articles about more businesses accepting Apple Pay, businesses, like Barnes & Noble, Books-A-Million, Target, Dollar Tree, Dollar General, JCPenney, Taco John’s, eBay, Publix, American Eagle, Scheels, Hobby Lobby (on its website), along with plenty of others, have begun accepting it in their stores, websites and apps. 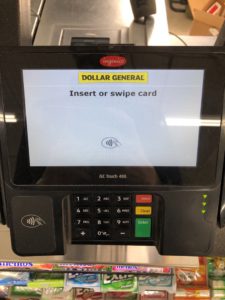 Whether or not I had much of a say in a company accepting Apple Pay is one thing, but the fact that my almost non-stop talking about it on Twitter and the internet itself I think has made a difference.

Of course, like with everything, I would always like to see more improvement and coverage of Apple Pay in stores and online, such as Walmart, who has been on holdout ever since Apple Pay was released in 2014.

When I got my Apple Watch Series 1 in December 2016, that made my Apple Pay experience quicker and more convenient too. 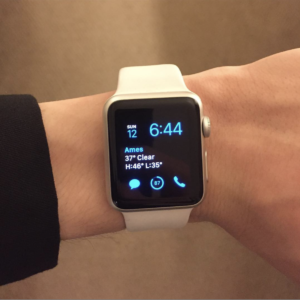 Me getting an iPhone 8 Plus in June 2018 ended up making me use it more from that iPhone because I loved showing it off in public or even just to myself. 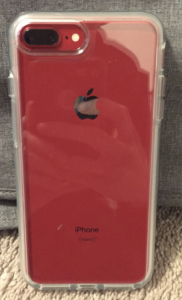 However, my obsession and usage of Apple Pay were one of the leading factors in me getting my first credit card, with that being Apple Card in November 2019.

While I do not use my Apple Card as much as my debit card with regular Apple Pay, I’m still proud of the fact that it was my first credit card and that it has come in handy for me multiple times, especially last holiday season, when I purchased an Apple Watch SE for my mom for Christmas.

When it comes to my usage of it to this day, I still use it almost every day in some way. My current apartment complex has laundry cards that are refilled from a machine that has support for contactless payment methods like Apple Pay. The place has Pepsi and snack machines with Apple Pay support, as well as the fact that most retail stores, websites and apps and gas stations that I frequent all have support for it.

For me, I will likely not buy from a place that does not support it. It truly is a make-or-break deal for me.

As for the future of Apple Pay, what do I see?

Well, I do like the fact that it is getting an interface update in iOS 15. More importantly, what I would like to do is see more encouragement from companies for people to use Apple Pay and other contactless payment methods.

In times where gas is getting more expensive in 2021, it would be cool if a gas station would offer you 5-10-percent off your gas purchase if you paid with Apple Pay. 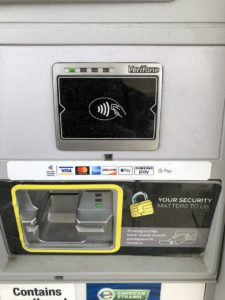 Like with the senior discount at businesses all across America, it would be great for companies to offer a “contactless discount” for those who are smart and use the safest and most secure payment methods. The business and consumer have a win-win situation there.

What do you think of my experience with Apple Pay? What has yours been like? What businesses would you like to see get Apple Pay support still? Comment below or let us know on Twitter at @appleosophy.

It may not be the first day of winter yet, but it is December and the holiday season…