Over the past few weeks, I have had the opportunity to use the iPhone 12 Mini, as I upgraded it from my previous iPhone 8 Plus. 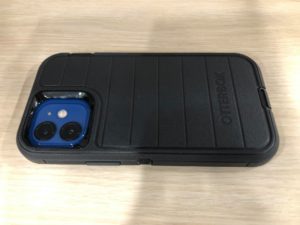 That in itself is a massive upgrade when you think about it, not only in the screen size, new and upgraded cameras, different form factor and the added notch, but the biggest difference in it all is the lack of a physical home button and no more Touch ID.

I had previously been using Touch ID since I acquired my iPhone 6 in 2016. However, after the upgrade to the iPhone 12 Mini, my world has been completely changed, and might I argue, for the better.

What I have liked about Face ID so far is it is simpler and faster for me to use. Previously when I used Touch ID in the app, like the one I use to pay my apartment rent or in the Target app, I found later on that it took longer than it should have to accept my payment through it.

When using Face ID, this has been a breeze and a much quicker experience.

I have been using it a lot when unlocking apps like Day One Journal or using the Sign In With Apple, which in itself I have been using more because Face ID has made it quicker and safer to use.

When it comes to unlocking my iPhone now, using Touch ID on my old iPhone 8 Plus, sometimes it would not unlock the iPhone, so I would have to do it again another time or two. Not too annoying, but if you’re in a hurry it could be a problem.

The most impactful I have used Face ID is when I use Apple Pay. I like that when I use it on my iPhone 12 Mini, it requires the scanning of my face in order to make a purchase with it. I have made purchases with my debit card, Apple Card and Apple Cash already from it and have not come across any issues with it.

So far, it has been a good transition and I cannot wait to one day have a device like an iPad Mini where I’d get to use Face ID on an iPad. Going back to using Touch ID on my current iPad fifth generation is not the best and makes me wish Face ID was there.

September is here, which means Apple products are expected to be unveiled in the next couple of weeks…