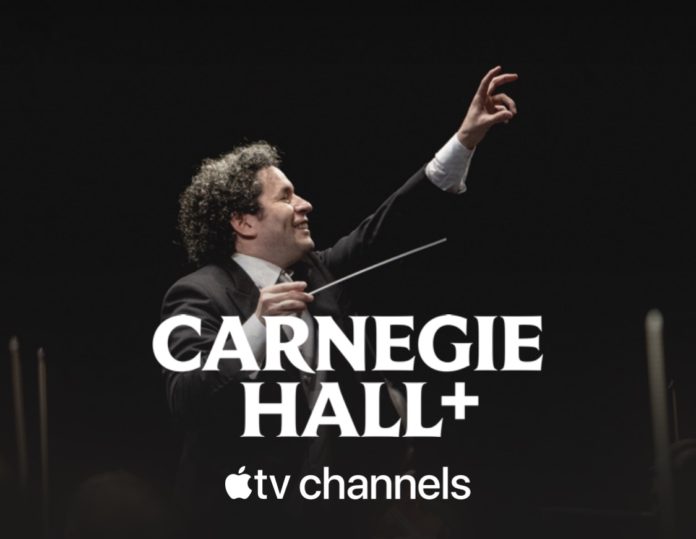 Classical music loves out there, you could say that this one is for you.

Carnegie Hall+ is one of the newest streaming services available on Apple TV Channels on the Apple TV app.

The streaming service has programs available such as “Beethoven’s ‘Moonlight’ Sonata,” “Shostakovich’s Fifth Symphony,” “Prokofiev’s Romeo and Juliet” and other content too.

The announcement of it being added to Apple TV Channels was made last month.

Clive Gillinson, Carnegie Hall’s executive and artistic director, said it will be a great way for viewers to stream their favorites while performances are currently at a standstill due to the ongoing coronavirus pandemic.

“Featuring an extensive and growing collection of the world’s finest presentations, the channel invites people to enjoy full-length arts performances and films wherever they may be, presented on a scale previously unavailable,” he said. “While we believe that you can’t replace the power of live performances, this launch is especially important at a time when everyone has come to expect access to the best of every kind of programming at the push of a button. In addition, it offers unique access to the most remarkable performances from around the world in a way that would otherwise require an impossible travel schedule to see live.”

Carnegie Hall+ does have support for Dolby Atmos sound quality too.

It does currently cost $7.99 a month. One nice feature of accessing the service on Apple TV Channels on the Apple TV app is that it makes it so users can download the content on a device like an iPhone or iPad, which then makes it available to view offline.

What are your thoughts on the Carnegie Hall+ now being available to subscribe to and stream on Apple TV Channels? Comment below or let us know on Twitter at @appleosophy.