Today, the National Football League (NFL) has announced that Apple Music will be the main sponsor for the 2023 Super Bowl LVII halftime show. The sponsorship was previously held by Pepsi.

The partnership between the NFL and Apple Music is said to be a multi-year agreement and that there will be “exclusive details and sneak peeks” in the coming days before the performance. 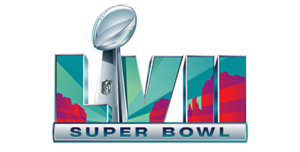 Nana-Yaw Asamoah, SVP of Partner Strategy for the NFL, said this new agreement with Apple Music will be great for the league and its fans.

“We are proud to welcome Apple Music to the NFL family as our new partner for the iconic Super Bowl Halftime Show,” he said. “We couldn’t think of a more appropriate partner for the world’s most-watched musical performance than Apple Music, a service that entertains, inspires, and motivates millions of people around the world through the intersection of music and technology.”

Oliver Schusser, Apple’s vice president of Apple Music and Beats, said a partnership with the NFL for an event like this is a perfect combination.

“Music and sports hold a special place in our hearts, so we’re very excited Apple Music will be part of music and football’s biggest stage,” he said. “We’re looking forward to even more epic performances next year and beyond with the Apple Music Super Bowl Halftime Show.”

See you in February. #SBLVII pic.twitter.com/XhaaYnvuk0

The musical act for the upcoming Super Bowl has not been announced at this time. The game itself will be played on Sunday, February 12, 2023.

What are your thoughts on Apple Music being the main sponsor for the upcoming Super Bowl next year? Comment below or let us know on Twitter at @appleosophy.

Apple Card Now Available for All Customers in the United States

From Apple Newsroom: Apple Card, a new kind of credit card created by Apple and designed to help…