Opinion: How Apple Could Make The ‘TV’ App Better

In December 2016, Apple released the TV app that was made available for tvOS and iOS. What the app allows users to do is see a grid of TV shows and movies that one can watch. These are based off what users have purchased through iTunes and through streaming services such as Netflix and Hulu.

An item that Apple really needs to fix is Netflix integration. In January 2017, Apple added Netflix support to the Apple TV app. However, that is as far as it has gotten. When loading TV shows in my experience, the app does not load content from the TV app, but still opens Netflix. The same thing happens when loading TV shows and movies from the CBS app.

If Apple wanted to do something about this, they need to make it so that once the TV show loads and the user has chosen which app or service they want to play it from, then it goes immediately to the content; not to another app to play it in.

The app is not perfect right now, but Apple has made great strides to make it better by enabling new networks and services to be added to it, along with improving the design and UI of the app. It’s a work in progress, but this is one where if Apple plays their cards right, it could be something huge. 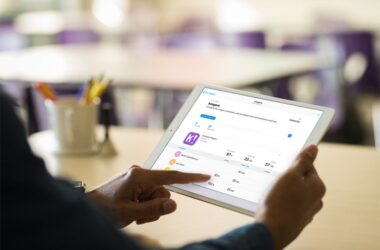