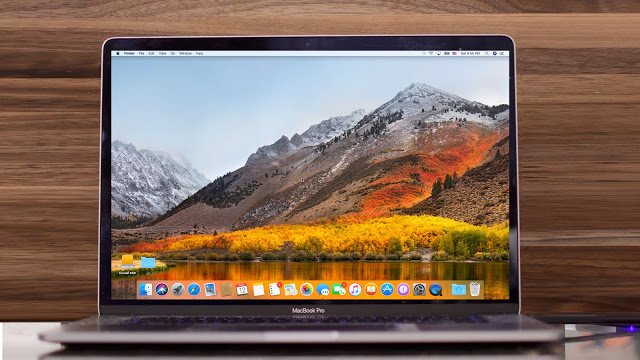 Apple has released the official version of macOS High Sierra 10.13.4, not only bring features like eGPU support, Business Chat, but also includes bug fixes and security improvements that Apple didn’t fix in the previous updates.

It can be downloaded from the Software Update mechanism in the Mac App Store on the Macs that already running macOS High Sierra 10..14 versions.

As we stated in the above, the update includes support for Business Chat and external graphics processors (eGPUs), a new keyboard shortcut allow you to jump to the rightmost tab, long-awaited sorting options for Safari’s bookmarks, warnings when you visiting an unencrypted website, along with several bug fixes and security enhancements. Here is the change logs:

However, other new changes that Apple didn’t tell us is that the macOS 10.13.4 will begin warning users if they open up a 32-bit app in preparation for phasing out 32-bit apps on the Macs, as the update also introduced the new “Ink Cloud” wallpaper that was previously only available on the iMac Pro.