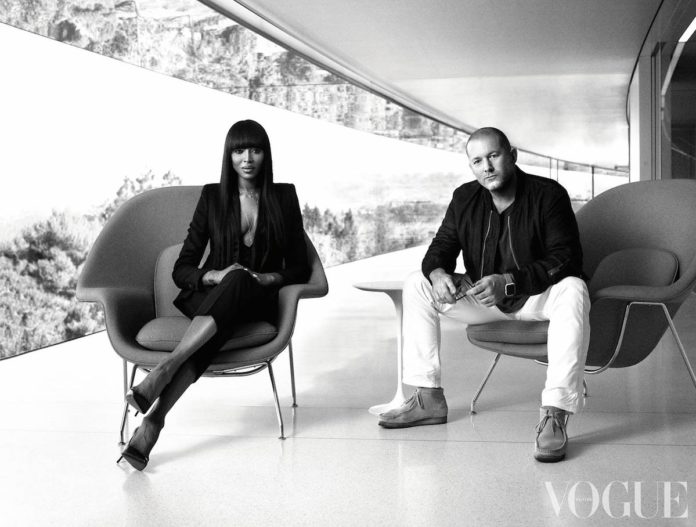 Apple’s Chief Design Officer Jony Ive recently sat down for an interview with well-known model and actor Naomi Campbell. During the interview, Jony Ive talked about several topics, including his design process, Steve Jobs’ legacy, and Apple secrecy. (Via Vogue)

Speaking about his work at Apple, Ive says that he has “stayed for months” in places where Apple makes their products. “I don’t know how you can be an effective designer and not do that,” he said.

When it comes to Apple’s secrecy, Ive explains that he would rather keep it a secret on an unfinished product than just show somebody that may lead to premature criticism that can shut something down when it deserves more chance.

One of the defining things about the nature of ideas is just how fragile they are: when you’re not sure whether something is going to work, the idea is vulnerable. Part of protecting the idea is to be careful about who you show it to; premature criticism can shut something down that perhaps deserves more of a chance.

Ive also talked about Apple’s former CEO Steve Jobs and said that they both see the world in the same way. Ive is still very grateful and misses Steve Jobs. As for lessons that he learned from Jobs, Ive said Jobs’ way of thinking has stuck with him.