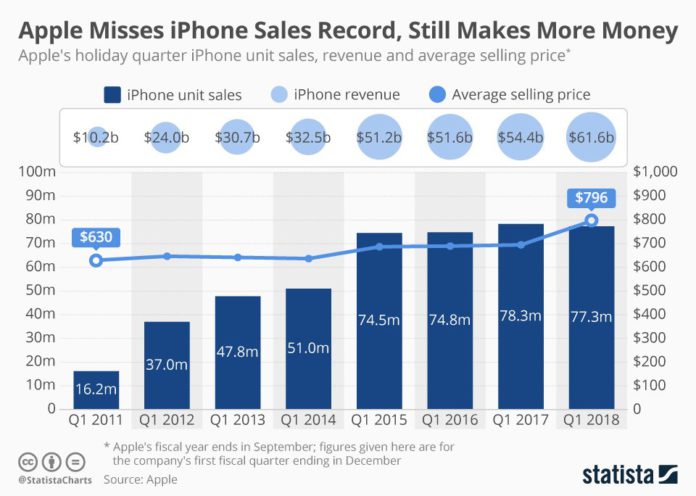 Based on statistics, the iPhone 8 has made 23% of iPhone sales for Q1 of 2018. The iPhone 8 Plus right behind it at 21% sales. And the underperforming, underwhelming 16% from Apple’s £1000 flagship, being the iPhone X. Thestaggering figure is that if the sales produced by the iPhone 8/8 Plus are added, it adds up to 44%. That is almost 3 x that of the iPhone X. Which to say the least is quite bad considering how special and a milestone the iPhone X represents for Apple. However, this can be seen as a positive thing as the iPhone 8 sales were at a combined 41% in December of last year. This year in only the first Quarter, combined sales are at 44% which is a marginal but positive improvement.

Another reason for the decline in sales of the iPhone X could be due to the release of the RED iPhone 8 and 8 Plus. For some reason, no RED coloured iPhone X was released which is confusing as it could have definitely boosted sales. Because of the lack of no new colour for the X, it is predicted that the iPhone X will be responsible for even less sales for Q2 of iPhone sales in 2018.

What about older iPhone models?

Important to mention that the older iPhone models, e.g. the 6S and 7 also make a good percentage of iPhone sales. The iPhone 7 and 7 Plus combined made up for nearly 20% of iPhone sales. This figure is positive considering the iPhone 7 is close to being 2 years old. The 6S and 6S Plus took a neutral 13% while the SE took a small 8% of sales.

The stats in a collective form can be seen below in the chart shown: