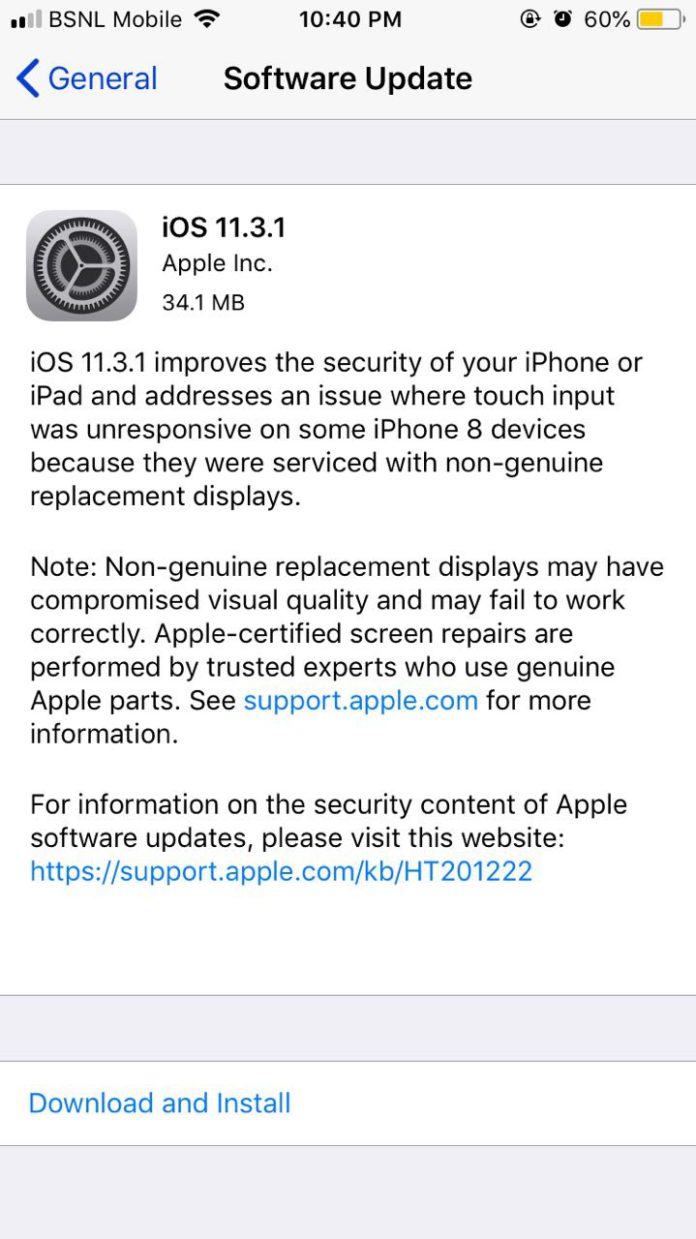 iOS 11.3.1 was just released to the public! Yes, this is not a beta. It is available for everyone to download. Not everyone obviously. Only devices that support iOS 11 are supported. Those devices being iPhones: 5S, SE, 6/6 Plus, 6S/6S Plus, 7/7 Plus, 8/8 Plus and the iPhone X. All other iPads that can run iOS 11 will be supported by this update too.

More specifically, on the change log there isn’t much detail. Only 2 small paragraphs which say just about the usual. The 2 paragraphs say this:

“iOS 11.3.1 improves the security of your iPhone or iPad. Addressing an issue where touch input was unresponsive on some iPhone 8 devices because they were serviced with non-genuine replacement displays.

Note: None-genuine replacement displays may have compromised visual quality and may fail to work correctly. Apple-certified screen repairs are preformed by trusted experts who use genuine Apple parts. See support.apple.com for more information”.

This update is a small, minor update as you can see from the screenshot above. Only 34.1mb (depending on what iOS 11 version you are currently on). Fundamentally, for some people, the size of the update will be bigger. To elaborate, for a few people it might be something ridiculously big, like 700mb, as they could be on iOS 11.1 or earlier. However, for a user that is up-to-date and is on 11.3, it will only be 34mb.

This update is minor and very small as you can see. It is worthwhile updating as it is mainly a update that fixes bugs and issues.

If you have any questions feel free to leave them down below!