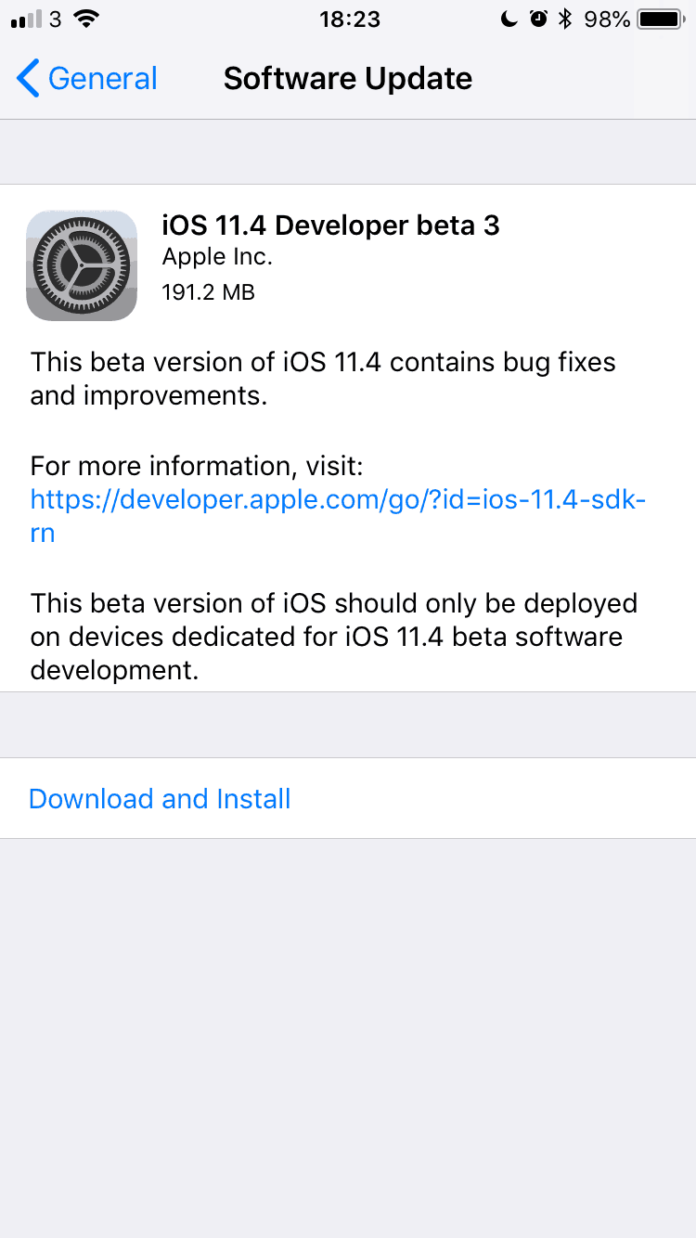 It has been 2 weeks since Developer Beta 2 was released. Now, on the 1st of May, iOS 11.4 Developer Beta 3 released a few minutes ago. The update will be available for Public Beta tests within a day as usual. The previous 2 betas introduced a few new features, e.g. AirPlay 2 which was in iOS before but removed. Beta 1 also brought Messages in iCloud. Then Beta 2 brought a new wallpaper for the iPhone 8 and 8 Plus.

The update was 191.2mb for me in terms of size for the update. This is because I am always up to date with the latest beta on my iPhone. There isn’t much mentioned in the Change Log of the update in the Settings app. It is not a small update, however not a big one either so I can only assume without updating that it is a minor update. Minor updates often work on the behind-the-scenes processes anyway. Improving stability and getting rid of bugs here and there. However, in a way I am glad as iOS 11 still isn’t perfect and we are into the 4th iteration of significant updates for iOS 11.

I will of course write and post my in-depth review once I have fully tested out iOS 11.4 Developer Beta 3. In that review, I will discuss: Battery Life, Performance, Stability. I will also discuss whether or not it is worth updating to.