Apple shook up established smartphone design with its iPhone X’s notch. The company’s move signaled to competitors that it’s okay to go forward with notch designs of their own, and as a result, 2018 brought us a large number of iPhone X clones from lesser-known Android device makers, and also from some of the biggest players in the industry.

Apple will triple down on the notch this fall when it’s expected to unveil three distinct iPhone X successors, all featuring the same all-screen design. And Apple just told us that all apps going forward must support the iPhone X design.

A notice posted on its developer portal says that all apps and app updates submitted to the App Store starting July 2018 must be built with the iOS 11 SDK and must support the Retina Display of iPhone X:

iOS 11 delivers innovative features and the redesigned App Store to hundreds of millions of customers around the world. Your apps can deliver more intelligent, unified, and immersive experiences with Core ML, ARKit, new camera APIs, new SiriKit domains, Apple Music integration, drag and drop for iPad, and more. Starting July 2018, all iOS app updates submitted to the App Store must be built with the iOS 11 SDK and must support the Super Retina

Retina Display of iPhone X is just Apple’s way to say “notch.” This policy won’t be optional for developers. We’re looking at new app updates requirements. So if you’re a developer who hasn’t really embraced the notch, you better get on it. Otherwise, your future updates will probably not be approved.

It’s a clear sign that the notch is here to stay for the foreseeable future and an indirect confirmation that all new iPhones will have Super Retina screens this year. The only exception might be the second-generation iPhone SE, which will probably have the same design as the current model.

Round Apple Watch could be coming soon based on new patent

Last weekend, an old friend of mine gave me a brand new watchband for my 38mm Apple Watch…

Yesterday Apple released its 8th beta build of iOS 10 to developers. Although experts and analysts have not… 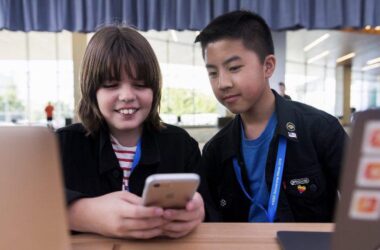