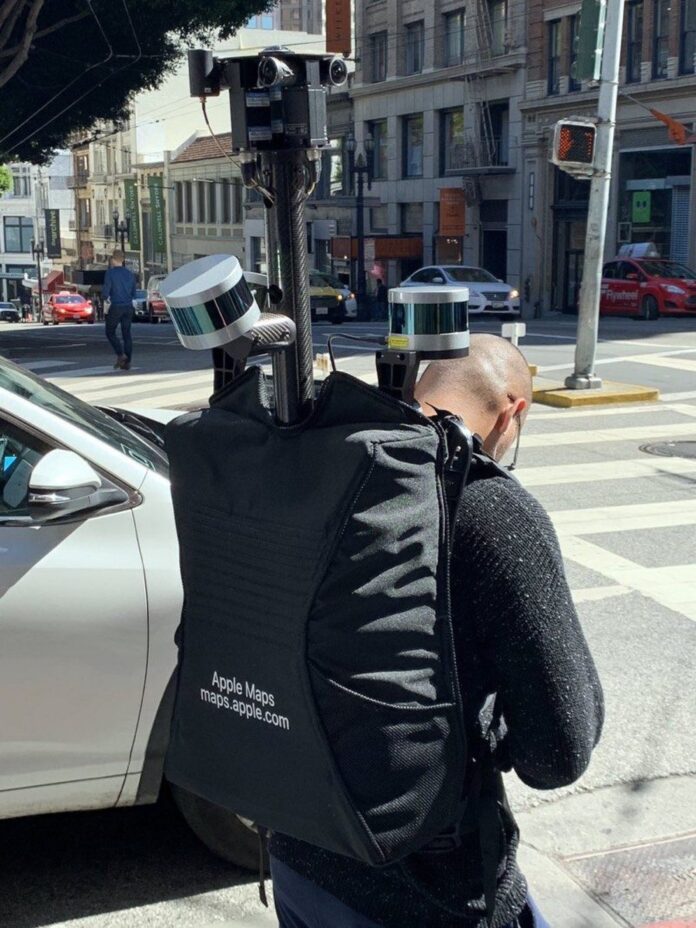 Many map apps like Google Maps feature walking directions to help pedestrians know how to navigate sidewalks when walking. It looks like Apple is trying to improve this feature in its own Apple Maps.

In San Francisco, a man wearing a backpack that had Apple Maps written on it and contained camera equipment was spotted. Some of the equipment that looked to be in the bag was cameras, LIDAR, and GPS which is what is used in the vehicles Apple uses to collect map data.

Many people now choose to walk whenever they can and sometimes they don’t know how to get where they want to go. Currently, Apple Maps data can be a little off when it comes to walking since the data is collected using vehicles. This is probably the reason why Apple has started to collect map data using people who are actually walking on the sidewalks instead of only using cars that are driving on the roads.

So far it seems like San Francisco is the only place that Apple has started to collect walking data on, but hopefully, that will change in the future.