How to Stream Spongebob Squarepants on Spongebob’s 20th Birthday 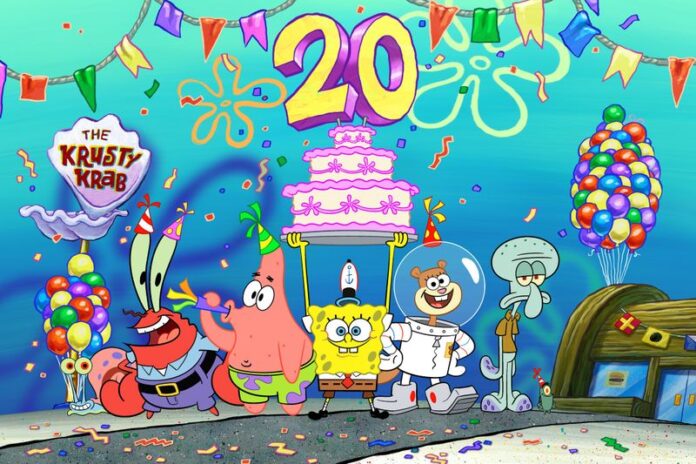 Today marks 20 years that Spongebob Squarepants has been around our lives and throughout the world itself. Since his birthday is today, we thought it would be a great idea to tell you just how you can stream the awesome character, friends and citizens of Bikini Bottom in 2019.

Now, by “birthday” for this article, we simply mean that 20 years ago on this day, Spongebob Squarepants first aired on Nickelodeon. Spongebob’s technical birthday is on July 14.

The first method would be through Amazon Prime Video. Prime Video does currently have seasons 1-4 of the series, which include popular episodes such as the pilot, “Band Geeks” and “Krusty Towers.”

Another option would be through live TV streaming services like Sling TV or Philo TV. When it comes to choosing the right one, Philo would be the best since it does cost $20 a month, which is $5 cheaper than Sling TV, as well as the fact that all you have to do is add the show and the cloud DVR automatically saves all of the episodes that air on Nickelodeon and other Nickelodeon channels.

Other live TV streaming services that have Nickelodeon are DirecTV NOW, PlayStation Vue and as of yesterday, FuboTV.

Of course, you can always purchase episodes and seasons from iTunes, Amazon Video (ones that are not in Prime Video’s 1-4 seasons of the “classic” era) and other services like those.

So, happy birthday, Spongebob! I can say for certain that the series was one of the best things about my childhood and that I am glad that a newer and younger generation not only gets to see Spongebob episodes, but that Nickelodeon still makes them. No, they’re not as good as they used to be, but there will always be a market for Spongebob because he is a timeless treasure.