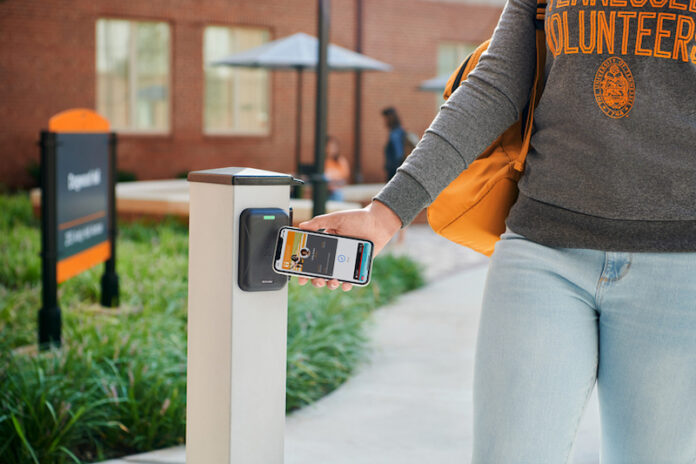 For the upcoming school year, Apple has announced that more than 100,000 students will have the opportunity to have their student ID on their iPhone and Apple Watch.

Having this ability makes it easier and more convenient to get into places like campus buildings, using your student ID for meals and entering your campus dormitory or apartment building.

“We’re happy to add to the growing number of schools that are making getting around campus easier than ever with iPhone and Apple Watch,” said Jennifer Bailey, Apple’s vice president of Internet Services. “We know students love this feature. Our university partners tell us that since launch, students across the country have purchased 1.25 million meals and opened more than 4 million doors across campuses by just tapping their iPhone and Apple Watch.”

As a part of these launches, Apple is adding support for CBORD, Allegion and HID, industry leaders for campus credentials and mobile access, to enable more students to add their student IDs to Apple Wallet, according to Apple Newsroom.

Once students add their student ID to Apple Wallet, they simply hold their iPhone or Apple Watch near a reader anywhere physical student ID cards are accepted on and off-campus.

This makes it so that students will no longer have to carry their physical card with them and can just use their iPhone or Apple Watch in order to get into the building or place they are attempting to go. On top of that, their student ID is in the same area as what could be their debit card, credit card, Apple Card and whichever rewards cards they have, making the Wallet app their one go-to spot for entering campus buildings and paying for items.