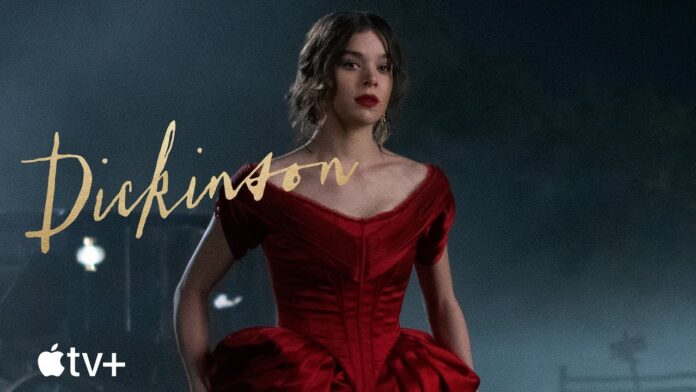 After releasing the first trailer for one of its original shows back in June, and the second for the Jennifer Anniston, Reese Witherspoon and Steve Carrell series “The Morning Show” last week, Apple has dropped another first look at one of its releases “Dickinson”.It was one of the first Apple TV projects that Apple signed up for, with Apple inking a deal for the series back in May 2018.

Apply TV’s take on the illustrious poet is markedly different than how Emily Dickinson’s legacy has lived on throughout history. She was known to live a solitary life during which she was surrounded by her siblings and Sue Gilbert, who have been called her “intellectual companions.”

According to Apple, the show explores the constraints of society, gender and family from the perspective of rebellious young poet. Set in the 19th century, “Dickinson” is a coming-of-age story that finds Emily Dickinson to be an unexpected hero for our millennial era. The series also stars Toby Huss, Anna Baryshnikov, Ella Hunt and Adrian Blake Enscoe.