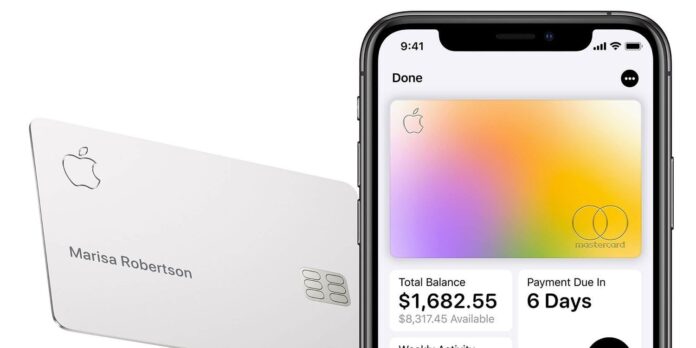 In November 2019, I applied and was approved for the Apple Card. It is my first credit card ever and is one that has come in handy for me over the last several months.

It should be no surprise that Apple Card was my first credit card since most of the tech I have come to own over the years, the first ones were Apple. My first tablet was an iPad Mini, my first laptop was a mid-2012 MacBook Pro and my first wireless earphones were AirPods.

The one special occasion I used it was to buy concert tickets to see David Archuleta, which has now been rescheduled for July 2020. I wanted to use my Apple Card for it because my Mac made it simple to do and I am always paranoid about ticket sites that could get hacked and having my card info out there.

Another reason I still like the Apple Card is that I can access it on my iPhone or Apple Watch when making purchases in-person. No need to take out that wallet.

I also had an experience when I was visiting my brother and a couple of his friends in Bartlesville, Oklahoma. The restaurant we were eating at did not accept Apple Pay, so I had to pay with the physical titanium card.

The moment I did that, his friend saw the card and say that it had “flex.” Essentially, for those who are unaware, “flex” in this case means having a card like it is considered impressive.

However, this was the first time I had ever thought of the card being impressive. I knew where the guy was coming from because not only do most people not see a titanium credit card every day, but they most certainly do not see one with a nice-sized Apple logo on it. Plus, there is the newness factor of the card too.

Apple Cash has been nice to have. I have used it for renting movies on iTunes and other cheap items for myself. It’s a good feeling to be rewarded just for using a credit card.

Out of all of the pros of the Apple Card I have witnessed during the last several months, there is only one flaw, which comes with the physical card.

Since I have it in a black wallet most of the time, that black color ends up getting on the Apple Card, giving it a stained look. For an elite credit card like Apple Card, there needs to either be a way where other colors can’t get it on it (or as easily) or Apple should look into making physical cards with different colors such as black, red or blue.

I will say that at just 24 years old, this is a great credit card for a young person to have, as long as they are consistently working and have the money to pay the bill every month.

If you want to see my full review of the Apple Card, click here.