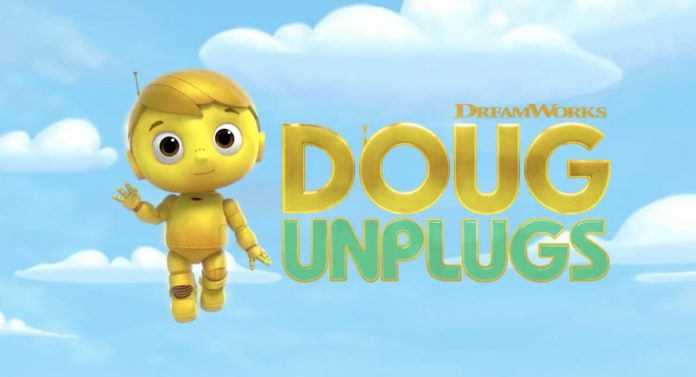 This morning, Apple released a trailer for its newest animated kids TV show for Apple TV+, which is “Doug Unplugs” from DreamWorks.

The series is about a robot named Doug who journeys into a universe with his best friend Emma, and discovers that life is not always about what you know and learning from the internet. That some things in life are learned through experiences.

It will premiere exclusively on Apple TV+ on Friday, November 13 in the Apple TV app.

To view the trailer, watch the video below.

Will you or your kids be watching this new Apple TV+ series? Let us know on Twitter at @appleosophy.