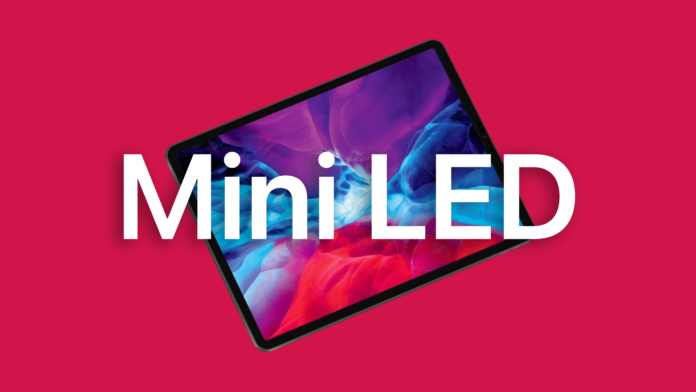 According to a new report from Korean tech blog ETNews, Apple is expected to release their first iPad Pro model with a mini LED display sometime during Q1 of 2021. This comes after almost a year of speculation and rumors surrounding Apple’s plans to introduce Mini-LED displays in their lineup.

ETNews reports that Apple will be using Mini-LED displays supplied by LG. The report says Epstar, a Taiwanese manufacturing company that specializes in light-emitting diodes, will begin manufacturing the Mini-LEDs for LG. TSMT will then focus on mounting the Mini-LEDs. Finalized components will be sent to LG for the final assembly.

It’s worth noting that Mini-LED isn’t the same technology at Micro-LED. Mini-LED is a technology used to backlight LCD panels, offering OLED-like properties, but are brighter, more power efficient, and aren’t plagued with burn-in issues.

The report further details Apple’s plan to use the technology on iPad Pro first, followed by a Mini-LED iMac and MacBook Pro later in 2021.

“LG Display is preparing to supply its Mini LED backlight LCDs to Apple. Its new display uses a small LED as the backlight and has improved performance in brightness and contrast ratio. Because it is reported that Apple will look to actively use Mini Led LCDs starting with iPads early next year and other products such as MacBook and iMac, there are expected to be changes in the global LCD market and to LCD technology,” says ETNews.

Respected Apple analyst Ming-Chi Kuo stated earlier in the year that a Mini-LED iPad Pro would ship sometime in Q4 2020 as a 12.9-inch model, followed later by an 11-inch model, but the pandemic has significantly disrupted the supply chain.

What are your thoughts on a Mini-LED iPad Pro? Let us know in the comments.