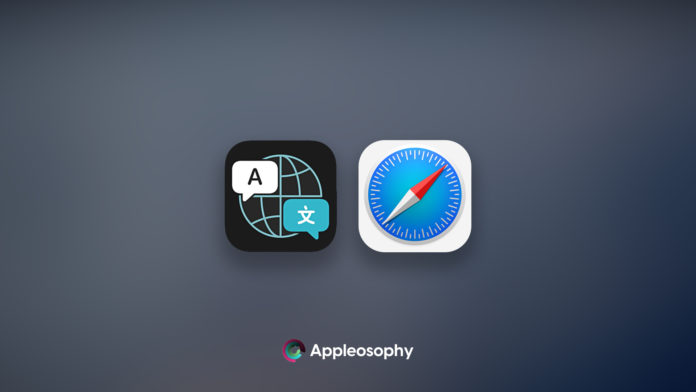 Originally introduced with iOS 14, Apple’s Translate app came as both an app and a built-in Safari extension that allows users to translate text to different languages. At launch, Translate supported eleven languages, but not all regions. According to new reports, this has changed.

Apple’s built-in Safari Translate feature allows users to quickly translate any webpage written in a foreign language besides the one you may speak. At launch, Translate supported: Arabic, Chinese, English, French, German, Italian, Japanese, Korean, Portuguese, Russian, and Spanish. But, even though Translate was capable of translating those languages, it didn’t mean it was available in other territories or regions, until today.

According to a report from 9to5Mac, readers from Germany and Brazil have officially received access to the Translate feature since updating to iOS 14.2. They also report that Apple has begun remotely activating this feature in multiple countries, with additional languages coming in the future.

The Translate app and built-in Safari extension are currently available on devices running iOS 14 and above, iPadOS 14 and above, and is coming to the public release of macOS Big Sur when it launches sometime next week.