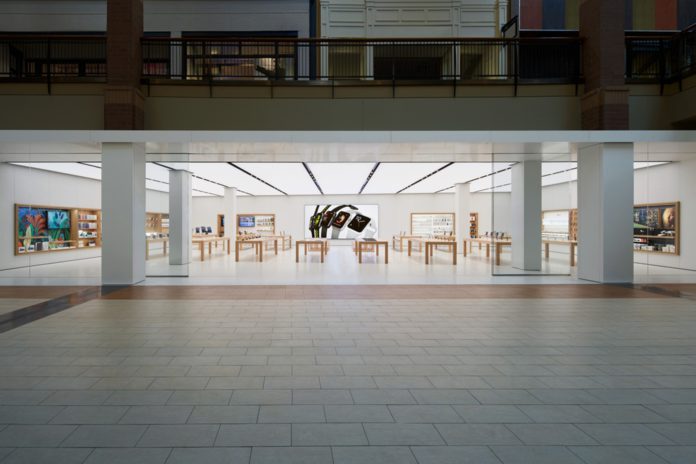 Due to the increasing positive cases of coronavirus, Apple has decided to go forward and temporarily close the Apple Store at the Jordan Creek Mall in Des Moines.

Starting on Wednesday, November 18, the store will not be open to customers but will still be honoring Genius Bar appointments from customers in person through Friday, November 20.

According to Apple’s website, the store has a message for customers which reads, “We look forward to resuming full operations as it is safe to do so. We’re currently open for pickup of existing online orders previously scheduled in-store Genius Support appointments made through Friday, November 20.”

This comes just a day after Iowa Gov. Kim Reynolds announced a face mask mandate across the state, as the numbers for Iowa keep getting higher.

She said it was not a tough conclusion to come to.

“The pandemic in Iowa is the worst it has ever been,” Reynolds said. “No one wants to do this. I don’t want to do this.”

She also said this could be Iowa’s last hope to getting the situation under control.

“If Iowans don’t buy into this, we lose,” Reynolds said. “Businesses will close once again, more schools will be forced to go online, and our health care system will fail.”

This proclamation will be in effect for the next three weeks, with hopes that it will bring down enough cases to return to some form of normalcy in the state.

Other stores, such as its Village Pointe location in Omaha, Nebraska will be temporarily closing as well.

Do you have any thoughts on this? Let us know on Twitter at @appleosophy.