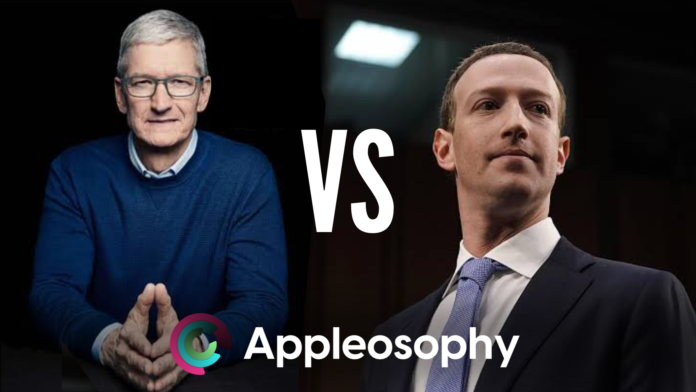 Update : It has now come to our understanding that Apple’s Facebook page admins had never applied for verification.

Facebook and Apple’s differences don’t seem to settle down. Last week, the social media company began a full page ad-campaign against Apple. It criticised its privacy features which were to debut in iOS 14’s first public release. After a series of exchanges from both the companies, Facebook has decided to un-verify Apple’s page on its platform. You can catch up on the entire story by reading our summary here.

The ad campaign said Apple’s practices regarding user data and its consent-based tracking would hurt ‘small businesses’ and ‘reduce their income by 60 percent for every dollar they spend on Facebook’. However, this does not mean that the businesses’ revenue will shrink by a margin of 60 percent. The underlying cause for this deep rooted hatred between the two companies is their ideology & their business practices.

Apple has solidified its position as a privacy-first company. This restricts companies like Facebook to gain tremendous user data from their phone. Apple doubled down on this stance during WWDC 2020, giving users the permission to ‘Ask app not to track’ the user. If this option is selected, ad-based companies like Facebook cannot sell targeted ads on iOS. Google’s Double-click has also been affected by this, however the company has not made any public statements like Facebook.

At the time of writing, the Facebook team has un-verified Apple on their platform as a way to ‘take revenge’ as many would put it. This comes after Apple CEO, Tim Cook made a statement on Twitter to clarify some doubts.

We believe users should have the choice over the data that is being collected about them and how it’s used. Facebook can continue to track users across apps and websites as before, App Tracking Transparency in iOS 14 will just require that they ask for your permission first. pic.twitter.com/UnnAONZ61I

Some of Facebook’s own employees feel the stance taken by their company might get them  ‘bad PR’ and have wrote to Facebook’s heads in an internal post. The company’s employees also believe this stance will be “viewed with cynicism.” Read more about this here.