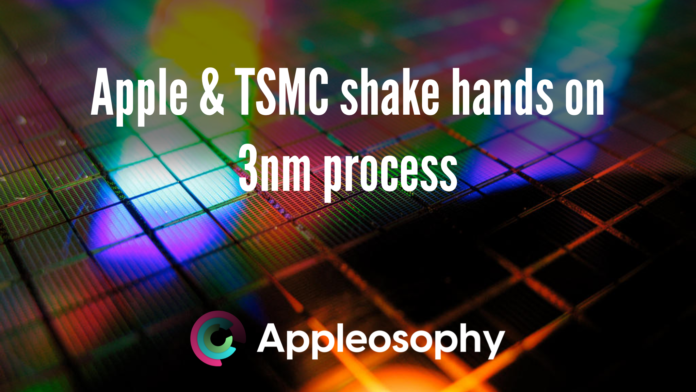 It isn’t unknown that Apple’s primary chip partner, Taiwan Semiconductors (TSMC) have been enjoying a very closely tied relationship for quite some time now.
We’re beginning to hear about TSMC and Apple preparing for the company’s first 3nm chipset to debut in 2022.

Last year we got reports that TSMC had allocated all of its 5nm process node labs to Apple. This was done to provide adequate supply for the company’s A14 Bionic and Apple M1 chip, both based on 5nm process. Now newest reports emerging from industry sources claim that TSMC is close to finalising its 3nm process, and Apple has already finalised a deal for its A-series and M-series chipsets.

Supply chain sources have said that trials for these new state-of-the-art chipsets are going smoothly with an expected yield rate of 50,000 processors monthly. That translates to around 600,000 processors annually. This is expected to scale up as the fabrication process is smoothened out with time.

With mass production expected to start in 2022, TSMC is believed to be on-track for Apple’s next node shrinkage. It is also believed that TSMC must sell a minimum of 300 million such processors to earn a profit over this investment. TSMC in an independent statement has said that this new 3nm process should provide a 20-25 percent increase in energy efficiency while delivering a 10-15 percent more performance. This report comes from Money.UDN

As Apple and TSMC shake hands on this deal, others down the line have faced multiple shortages mainly due to Apple’s dominance over the supply chain. AMD’s recent 5000 series processors have faced shortages due to Apple’s 7nm A12 and A13 chipsets and lower than adequate lab allocation by TSMC.

What do you think about this 3nm process? Let us know on our Instagram and Twitter at @appleosophy.
Read more from us here.