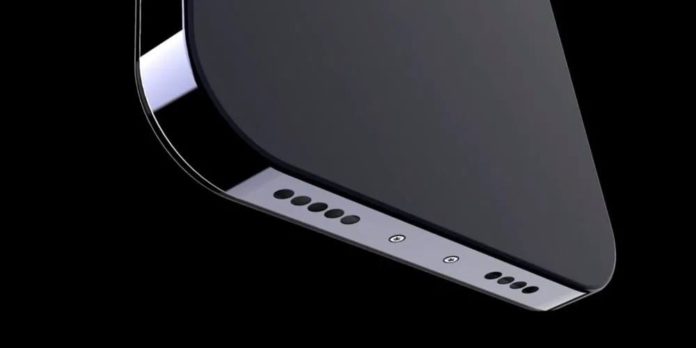 Only nearly three months into 2021, the Apple leaks/rumors community has been taken by storm. A seemingly constant influx of iPhone 13 leaks and rumors have already taken center stage within the community and today is no different!

Coming to you as an Appleosophy exclusive, today I will be sharing new details about the recovery and software installation on the portless variant of the iPhone 13. This comes after new rumors about high refresh rate displays, ultrasonic fingerprint readers, and a whole host of other details that have been shared. So, let’s get into the meat of this shall we?

Firstly, I feel it is appropriate to explain why Apple has taken new steps with their software and hardware teams to allow for restore/recovery methods that don’t involve shipping your iPhone 13 back to Apple. Firstly, they have taken a huge page from their mistake of not allowing users to (easily) restore the Apple Watch from home. To restore an Apple Watch, you are required to ship the unit back to Apple and pay for a repair/replacement. Apple has taken notes from this and decided that the end would still need a way to recover their iPhone in the event that the device is rendered non-operational. They see the iPhone for what it is, and that being a main device that the user then uses accessories off of. The Apple Watch my contrast is seen as an optional extension of the iPhone, as in something the user could live without until a replacement is sent back to them. The iPhone being the thing people use to conduct personal and business affairs among a whole host of other things means that if the device is taken out of use for long periods of time, the end user is too greatly affected.

So, the solution then? Enter what I have been told is dubbed Internet Recovery. Apple tasked both their software and hardware teams on this in different ways. Allow me to explain the two two sides of the story Apple has going on here, starting with the software team. They tasked certain developers to create a reliable and Apple level safe way for users to recover their devices at home. I am being told that developers are looking at using one of a few methods.

First, the user manually placing the device in recovery mode triggers the Internet Restore broadcast feature. This enables an update to iTunes/Finder to scan for devices in the Internet Recovery state. If found the device will be added to iTunes/Finder and the prompts will then guide you through restoring/upgrading the device. This is the primary preferred method developers are currently focusing their attention to.

Second, the user’s device automatically starts into Internet Recovery mode and begins to broadcast the same signal as listed before, From there Apple will then use the same prompts to instruct the user to restore/update the device firmware.

Third, and the least preferred by the engineers and was justly shot down for reasons I will talk about, is using the same internet recovery prompt but via Bluetooth as a last resort. This method works the same as option two, however this enables the iPhone 13 to broadcast a Bluetooth signal and use this for recovery. The issues with this method however is that Bluetooth was found to not only be insecure but also unreliable and way to slow for a proper restore/update. This method would have had you connect to this signal on your PC/Mac and follow on screen instructions for downloading or restoring the device from a file.

The last I was told, Apple has begun looking at implementing options one and two as the primary and last resort recovery options respectively. I have been told however that engineers and developers who have been testing these new methods have a long way to go as currently they are too slow still for a proper roll out for broader testing. I am being told that developers have experienced issues with reliability rarely using these two methods however, so from that standpoint these seem to be solid choices.

Now for what Apple has reportedly tasked some hardware engineers in doing. I am being told that Apple has instructed teams to attempt to integrate wired data access by means of pogo pads. This is the same tech Apple uses to restore the Apple Watch using the little hidden port behind the band attachment area using iBUS. The current options are a custom SIM card tray cable that would interface with hidden pads in the back of the SIM slot, or possibly using pogo pads on the board which would obviously require the device to be opened. This task has proven rather daunting as the team is not (to the extent of my knowledge) allowed to make housing modifications to hide the pads behind a door like on the Apple Watch. This is by no means final and will most definitely change as they begin to actually make modifications to the board. I’ll keep everyone updated as I begin to hear more and you should keep an eye on other trusted sources as well for more information.

My personal takeaway from this is as follows. Try and take this from the standpoint of what it is. A prototype technology running on a prototype device. I fully expect these issues to be resolved in the final device variant. Developers are confident in the tech and I personally am as well. The average restore time from test images was about 2.5x longer or so on average than the standard restore method using a cable. I know users will have questions about things like jailbreaking and I have to be honest I can’t say how this would work using these new devices. Apple will be making the pitch that it’s more secure and in a few ways they are correct in that statement, however I suppose we can cross those bridges once we come to them.

Thanks for reading! As always, this information is about a phone that is still relatively early on in the prototyping process and the only details I can confidently say are final are the restore methods using wireless. Take everything with the usual grain of salt and have a great day! Stay safe out there everyone, and I’ll be back with more in the future!