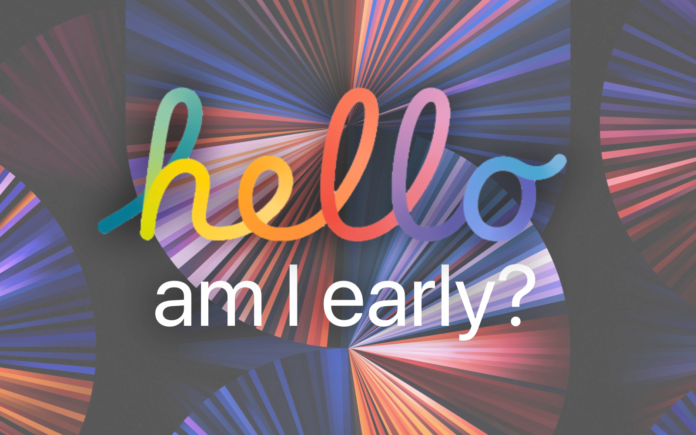 In a twist of fate, one Apple fan received their all-new 2021 12.9in iPad Pro pre-order early.

At the time of this writing, Reddit user /u/PeterDragon50 seemingly has gotten their hands on the highly anticipated device via a mix-up by Nebraska Furniture Market (aka NFM):

Look what came early. Score one for NFM. from ipad

The newfangled tablet is not expected to be released to the public officially until May 21st, this coming Friday.

According to Jon Prosser, embargoes for reviewers will be lifted this coming Wednesday, May 19th at 9am ET:

That’s when you can expect to see videos / hands-on coverage.

Don’t tell anyone that I told you, though. 🤫

The Reddit OP gives a few hints about what to expect, such as how the new XDR display looks:

Meanwhile, at the time of this post, most, including the author of this post, and several other Appleosophy employees, are experiencing what appears to be a widespread symptom of nothing currently showing on the site to track orders:

Did you get your hands on the new iPad Pro early? Are you experiencing issues with Apple’s online ordering status? Sound off below or tweet at us: @Appleosophy!