One product we have not seen too much in the media probably due to its limited supply and large pre-order numbers is the AirPods Max that was released last December.

Several months after the release of them, there is now at least one TV show where they can be seen.

The new “iCarly” reboot coming to Paramount+ on Thursday, June 17 recently released on its official iCarly Instagram account, showing Spencer Shay, Carly Shay’s older brother she lived with in the original series, sort of dancing around his apartment while wearing them.

“iCarly” has always been known for showing Apple products in its shows and that original series, as well as old Nickelodeon shows like “Drake and Josh” and “Victorious” could be a major reason that millennials and Generation Z folks tend to get iPhones, iPads and other Apple products.

In “iCarly” and the other shows mentioned above, they don’t use specifically Apple products, but the fictional company “Pear,” which is why you will hear throughout those shows products like “PearPod,” “PearPhone,” “PearPad” and “PearBook.”

Needless to say, the Bluetooth headphones Spencer is wearing will probably be called “PearPods Max” or something like that.

On “iCarly” in the show, Freddie Benson, one of the main characters in the series and known tech nerd throughout it, uses “Cutting Room Flow” as his main video editing software for the “iCarly” web show and other projects. This is a reference to Apple’s Final Cut Pro software.

In the trailer of the reboot, we do see the Pear products make a return, with Freddie what appears to be a PearPhone with a silicon Apple-like Pear case on it. 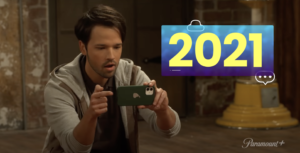 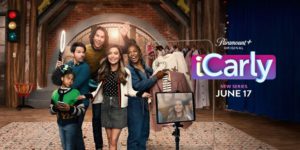 Erasing a Mac Just Got Easier with macOS Monterey

According to CNET, Apple’s new TV show for Apple TV+, The Morning Show, is said to cost $150…

Once again, Totallee seems to be predicting what this year’s new iPhone SE 2 is going to look…

Rumor: macOS Catalina Might Be Released on October 4th

It would appear as though we know the official release date for Apple’s newest version of macOS. The…