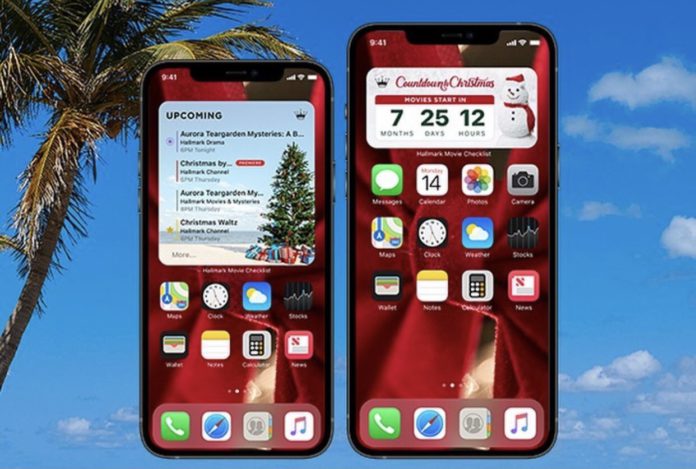 Christmas in July has begun at Hallmark, and with that, comes an important update to its Movie Checklist app.

In Version 2021.6.7 that was released yesterday, June 30, the app finally gets support for iOS 14 widgets. Below is where you can find the release notes.

“In this release, you can now add widgets to your home screen (if your device is on iOS 14 or above) – there are two to choose from:

• “Upcoming” which shows which movies are coming up on Hallmark Channel, Hallmark Movies & Mysteries and Hallmark Drama

The update basically allows for users of the app to see the upcoming Christmas movies that will be premiering this month on Hallmark Channel, Hallmark Movies & Mysteries and Hallmark Drama.

It also includes a widget that lets users see the official start date of its 2021 Countdown to Christmas, which will include new original movies the company will be premiering this fall and throughout the holiday season. Those new movies are set to start premiering on Saturday, October 23.

The app is available on the iPhone, iPod Touch and iPad.

Do you plan on downloading the app and widgets on your device? Do you plan on watching the Christmas movies in Hallmark’s Christmas in July promotion or wait until the premiere of the new movie this fall? Comment below or let us know on Twitter at @appleosophy.