Opinion: A feature that should be added to Paramount+

Paramount+ has been out for a few months now and has seen some success, both in subscriptions and new exclusive content being added to it, such as the 2021 “iCarly” reboot and the second season of “Evil.”

With that said, there still feels as though there is something missing. The streaming service does have plans to stream live sporting events like soccer, golf, and of course, it does enable users to stream their local CBS station that will air upcoming regular-season college football and NFL games next month.

So what is the upgrade that Paramount+ needs?

Mind you, this is going to come from someone that is not the biggest sports fan in the world, but I will say that with the decrease in viewership across the board for cable/satellite TV, and with many consumers switching to streaming-only TV watching methods, it may be time for Paramount+ to get a one-of-a-kind feature.

This feature would be the addition of streaming select games and sporting events on CBS Sports Network.

I’m not saying that Paramount+ should have a 24/7 feed of the network because that would make it less valuable to TV providers. What I am saying is that there should be select days and evenings where a sporting event or two is simulcasted on Paramount+.

An example of this is coming in week three of the upcoming college football where the (currently) #7 Iowa State Cyclones take on UNLV for the network’s Saturday night football game. 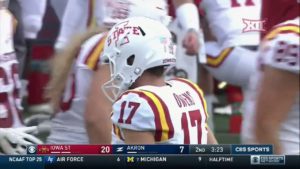 While in the grand scheme of college football that week, it’s nothing more than an insignificant non-conference game matchup. However, for the network, that’s a game with a top 10 college football team that will not be o the national CBS station.

I’m sorry, but you would be a fool not to at least put this on CBS Sports Network and get that going for those subscribers because they are likely people who would not have access to a TV provider with the network. 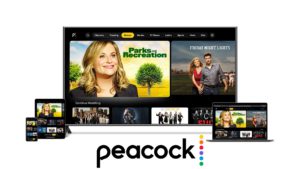 After that game, Peacock will be the place to watch all of the Notre Dame games that are on NBC during the rest of the regular season.

The idea in the TV streaming wars is to have the eyes, and CBS with Paramount+ and CBS Sports Network right in its back pocket, has a great opportunity to shake things up.

With rising costs in the U.S., it seems as though most consumers are trying to find as many…