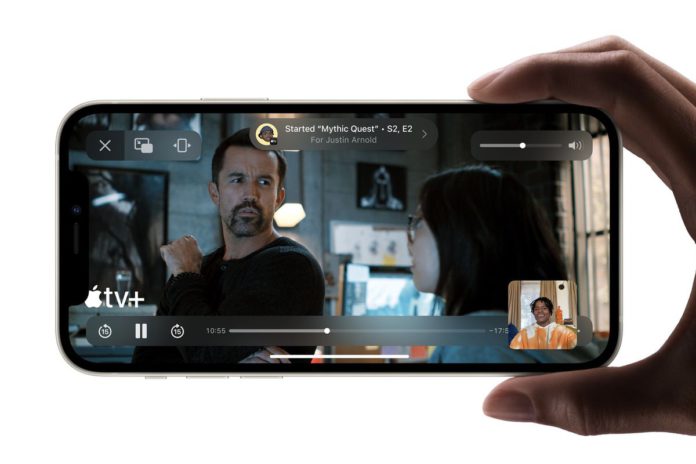 A big feature that was unveiled by Apple during its WWDC event this past June could be coming to users in the near future.

SharePlay, which is a feature that was supposed to be released with iOS 15 on its release day yesterday but was later pushed back to a later launch, is now showing up in the iOS 15.1 beta that was released today.

The feature is set to allow users to watch TV shows and movies together on Apple TV+, Netflix, Disney+, Hulu, Paramount+ and a wide variety of other streaming services, without the need of the person being in the same home or place as the other.

This feature is also set to be used with FaceTime, Apple Music and Apple Fitness+ and be available on the iPhone, iPod Touch, iPad and Mac.

SharePlay was also found to be supported in the newest macOS Monterey beta as well.

The latest plan for SharePlay to be released to the public is this fall, according to Apple.

As for a specific release date, since it is being included with the macOS Monterey beta, it. could be shortly after the rumored Apple October 2021 event, which is when Apple is also set to unveil the release for macOS Monterey too.

What are your thoughts on SharePlay? Are you happy that it could be getting released soon? Comment below or let us know on Twitter at @appleosophy.