JCPenney no longer accepting Apple Pay on its app and website

Once again, JCPenney has made another repetitive move.

The company has silently removed Apple Pay support from its app and website.

This is not the first time we have seen this from JCPenney. It was last removed from the JCPenney app and w in April 2020 and was later added in September 2020.

In fact, the company has had an off-and-on relationship with Apple Pay since it first introduced it to its stores and website in 2017.

However, removing Apple Pay support comes at quite a unique time for JCPenney. Since the start of the fall began during the middle of last week, that typically means the holiday season is coming in the United States. 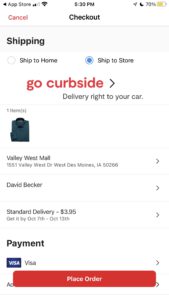 It also means that Apple Card users that make purchases from JCPenney’s app can no longer get 2% in Daily Cash.

The good news is there has been no word about the company dropping Apple Pay support in its retail stores, but for now, it is once again no longer available on its app and website.

Also, customers using Apple Pay as a payment method on the desktop version of the website is a hit or miss. Sometimes it shows it as an option and other times it does not. 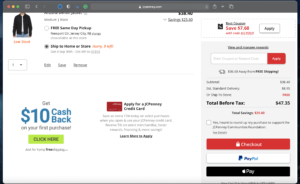 After getting the image above, I did the same thing again, just adding a different item this time. JCPenney’s website then took away the Apple Pay payment option (the image below) that had previously been available not but five minutes beforehand. 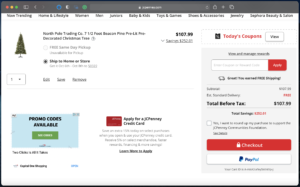 It does not appear as though it makes a difference whether or not a customer has an account with JCPenney. The Apple Pay option simply disappears.

Customers do still have the option to pay with PayPal at the checkout as an alternative from JCPenney’s embedded default payment option.

What are your thoughts on JCPenney dropping Apple Pay as a payment method on its app? Comment below or let us know on Twitter at @appleosophy.

Apple announced today that it has released its two new LGBT Pride Month watch bands, as well as…