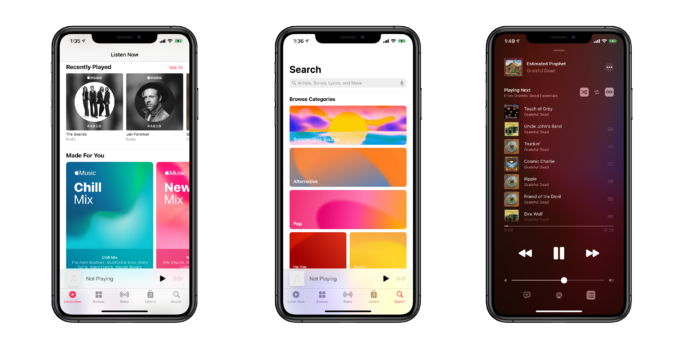 Following the release of the first beta of iOS 15.5 to developers and public testers, new details have been found suggesting that an Apple Classical app will launch. The app could be an expansion of the Apple Music service that the company provides.

On Tuesday, Apple seeded the first beta of iOS 15.5 as well as iPadOS 15.5, with it, a code was found by MacRumors that shows three messages that users will witness when they open the app:

In February, it was discovered for the first time: on a beta version of the Android Apple Music app that the company is planning to release an “Apple Classical” app. Since then there was no other evidence until now.

Apple Music already features many classic songs and music, and it will be very interesting to see why the company is planning to make a separate app for classic music only. The messages mentioned above are considered to show up when users open the app for the first time.

We still do not know if Apple plans to debut the app with the final release of iOS 15.5 or if it is considering pushing it with the release of iOS 16. The Cupertino-based giant sent invites to this year’s Worldwide Developers Conference (WWDC22). As expected, the event will give us a preview of iOS 16, iPadOS 16, macOS 13, tvOS 13, and watchOS 9, as well as potential hardware products.