In Apple’s recently released video on their YouTube channels, titled “Data Auction”, a theatrical but serious theme is conveyed about user privacy and advertisement tracking within iOS and apps.

The video starts with a character, Ellie, looking around a record store before looking over at a formal looking door with the sign “Ellie’s Data Auction” written on it. After opening the door, she looks confused as a room filled with supposed ‘bidders’ look towards a stage showcasing her personal data.

Apple has purposefully used specific examples that relate to recent changes within iOS and their iCloud Private Relay services. This is apparent in the different ‘items’ people are ‘bidding’ on. First comes tracked email opens which can now be blocked natively within Apple Mail on both iOS and macOS to stop companies viewing when a user clicks on an email.

Secondly, her Drugstore Purchases are ‘auctioned’, however this reference does not directly hint to any new Apple service. It can loosely be inferred that this could be a reference to the security of Apple Pay.

Other aspects of personal data are also brought to the table, such as Location Data, Contacts, Transactions, Browsing History and Text Message History all being mentioned within the second half of the video.

An iconic line is also said during the heat of the auction which could sum up a big corporation’s viewpoint on tracking users:

The main character Ellie then uses her iPhone to opt-out of tracking using the “Ask app not to track” feature, following with her activating iCloud Mail Protection. This then sees the different ‘bidders’ in the room start to vanish into thin air until none remain.

Recently Apple has introduced many privacy features for users such as App Store privacy labels and Opt-Out of Tracking options for end users, which are expected to shake up the way companies track users and collect data, but on top of this are providing extra services such as Private Relay, which go the extra mile to ensure data is minimized for tracking purposes. 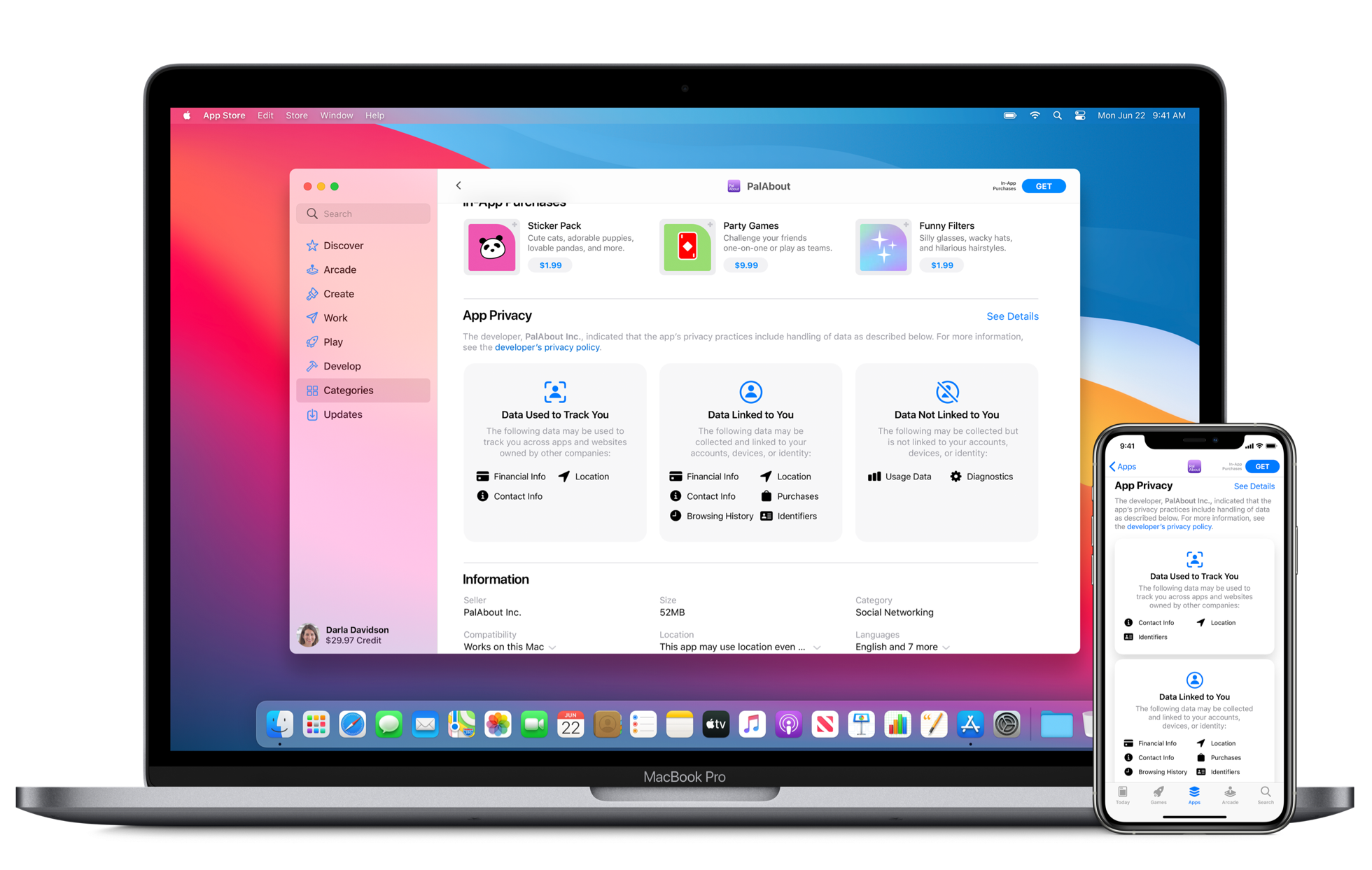 What do you think about this video? Is Apple doing the right thing? Leave your thoughts in the comments section below or Tweet us on @Appleosophy.