Opinion: MacBook or iPad for school this fall? 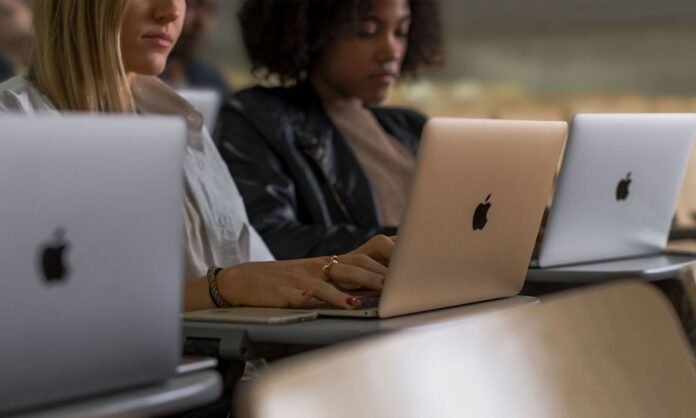 We are now in a time where there very well could be a conversation to be had about whether or not a student should go with a MacBook or an iPad to serve them as their college laptop device.

The iPad is not technically a laptop persé, but can still do many functions of a laptop, and certainly now has the processing power of a laptop with Apple adding Silicon to the newest iPad Pros and iPad Air fifth generation.

So the question ends up being which one should you go with?

I like people having choices. Too many choices can be perplexing and hard to handle all at once. What I will do is try to help you make this decision as easily as possible.

When I went to college back in 2014, I started with a mid-2012 13-inch MacBook Pro that served me well over the next five years I was in college for my bachelor’s degree in journalism and communications. Once I graduated, I upgraded my laptop to a 2017 13-inch MacBook Pro without the Touch Bar (pictured below), which has served me well to this day. 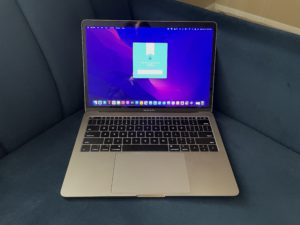 However, I did recently purchase the 2022 iPad Air fifth generation with the Magic Keyboard that works very similar to a laptop. In fact, it is how I am writing this article right now. 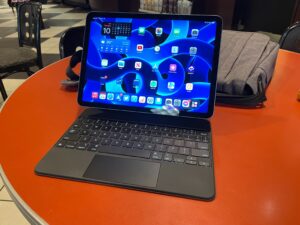 Both devices have their purposes and can do a multitude of different things.

Here is what I will say about using the iPad Air or an iPad Pro as a laptop today; it’s a good idea.

Both devices have basic features (with the Magic Keyboard) of a laptop like a physical keyboard, trackpad, and an operating system that is geared towards the future. 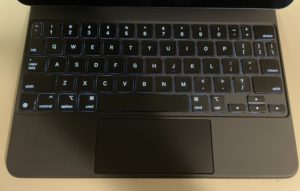 Basically, if you’re just going to be surfing the web, watching videos and streaming services, writing papers, and making presentations, the iPad Air or iPad Pro is where you might want to be looking. The prices are a little lower than a new MacBook Air or MacBook Pro, and the portability with these iPads with the Magic Keyboard is quite impressive. You would think there would not be much of a difference compared to laptops, but there is a significant one.

I mention the videos and streaming service part because as a college student, they will consume a good portion of your life, so you may as well have a great device to watch them on.

Another added feature of the iPads is they are good for using in your bed. This is not to say that a laptop isn’t, but with the Magic Keyboard, since you can detach the iPad and simply watch content on it without the keyboard on it, the experience can be slightly better. Also, the Magic Keyboard, when attached, makes a great stand to watch videos and content on. Safari Extension are another additional feature that provide more value to your Safari and iPad experience.

But when it comes to the MacBook and macOS, it does have its fair share of pros. 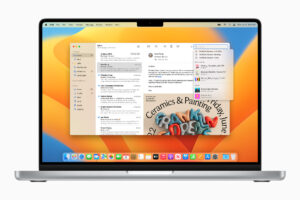 For starters, you’re not likely to run into as many app or software issues. This is not to say that the iPad has issues with its apps, but that you’ll have more luck getting apps and software on a MacBook just because all of the apps that you can get on the iPad have to come from the App Store, whereas with a Mac, you can download software and apps that are not in the Mac App Store.

An example of this would be Spotify. The Spotify app is on the iPad’s App Store but not on the Mac’s.

Those that are old-fashioned when it comes to computers will additionally have that physical keyboard always at their disposal, as well as no worries about a touchscreen since the MacBook and Macs as a whole do not have a touchscreen.

We do need to talk about the fact that the MacBook Air and MacBook Pro have more ports on them. This means that those who might need to work in Final Cut Pro, Logic Pro, or Xcode might need those types of ports for whatever the reason might be, and that is why for those needs the MacBook would be the best fit for them.

The last aspect of these two products is which type of online classwork system the school/college uses. I know that a lot of schools and colleges use systems like CANVAS, but some schools, including the four-year college I transferred to after my community college, don’t use CANVAS so you will have to check and see which system your school uses.

My reasoning for bringing this up is the MacBook and macOS will be better when it comes to using those than an iPad and iPadOS. This is not to say that iPadOS or Safari are bad to use, but it’s just that some services were not designed for them.

It’s the same logic as using tv.apple.com to stream TV shows and movies on Apple TV+. Sure, it works, but it’s a lot better to use its native Apple TV app. 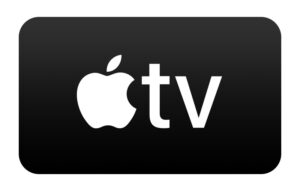 With that logic in mind, the same can be applied to using the Apple TV app on an Amazon Fire TV device and then using it on the Apple TV 4K. Yes, it will work on a Fire TV product, but it could lag and not function as well, whereas with an Apple TV 4K (or the Apple TV HD), it is working on a product that it was specifically designed for.

So at the end of the day, which product should you go for?

I’m going to say for communications-related majors as well as general studies, those just taking general education courses at a community college, business, and marketing majors, and similar fields to those, the iPad Air or iPad Pro should suffice.

When it comes to STEM majors like becoming a doctor, engineering and computer science, the MacBook Air or MacBook Pro would be the best option. I’ll also be including music and graphic design majors in this just because of the fact that both of those programs can require heavy duty apps like Final Cut Pro, Logic Pro, Adobe Photoshop, and Premiere Pro that the iPad Air or iPad Pro would not be best for at this time.

What are your thoughts on my thoughts and advice on this? What are you planning on doing for your school computer this fall? Comment below or let us know on Twitter at @appleosophy.