Getting Started with PC Gaming 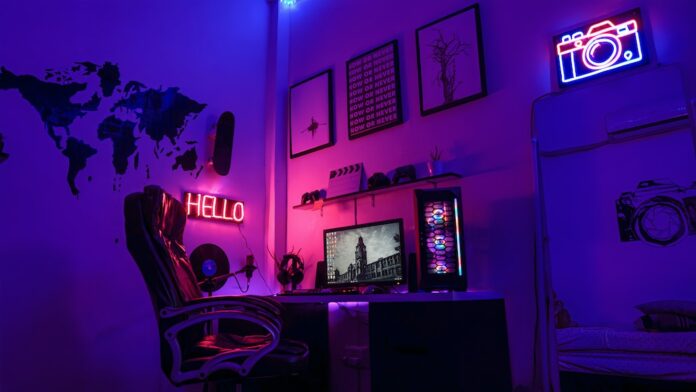 As a diehard Apple user, taking your first steps into the world of gaming on the PC probably seems like a daunting proposition – especially if you’re one of the billions of people in the world playing games on their iPhones. Gaming on the PC is actually a lot less complex than you might first think; the same technological advancements behind each new Apple release have also simplified PC gaming and made it more accessible than ever before.

No matter your budget or experience level, there’s a game and gaming PC for you. Keep reading to find out everything you need to know about getting started with PC gaming.

When it comes to gaming PCs, there’s a lot more choice on offer to budding gamers than you would find in the console segment or even compared to ride-or-die Macs. Building your own PC, for instance, can significantly drive down costs, but that’s not typically something every newbie wants to or can do.

Instead, you’d be better off focusing on finding the best pre-built PC you can get for your budget. With so much choice available – from entry-level machines to pro gaming rigs – to start with, go for the most powerful PC you can afford. If you want your new machine to last for plenty of marathon gaming sessions over the coming years, at a minimum, invest in one with an AMD Ryzen 5 or Intel Core i5 processor paired with an NVIDIA GTX 1070 GPU (graphics card).

Now that you know what to look for in a PC, you also need to get your hands on a decent monitor. Unlike consoles, which are typically played on widescreen living rooms style TVs, you can get away with using a smaller monitor for PC gaming. Aim for a screen of no bigger than 25-inches, as that’s the size that does 1440p visuals justice.

Getting Your Hands on Games

Thankfully, the days of awkward CD-ROMs are long gone, and today’s gamers don’t even need to go out and purchase individual games, thanks to the proliferation of online platforms and gaming services flooding the marketplace.

The current gaming landscape is hugely diverse, encompassing different genres like MOBA (Multiplayer Online Battle Arena), iGaming, sandbox games, and classic platformers. The best slot games, for example, are well-rounded gaming experiences and available in many themes or with unique features like social gaming. MOBAs have the best multiplayer functionality of any gaming genre, and sandbox games are immersive world-building gaming experiences.

The majority of the games you’ll likely be playing on your new PC can be found on digital distribution sites like Steam, GOG.com, and itch.io. Select publishers have created their own storefronts for exclusive access to their games, such as Epic Games Store (where you can download and play the hit MOBA Fortnite), Rockstar Games Launcher, and Ubisoft’s UPLAY. Alternatively, you might want to check out the cloud gaming services that are beginning to emerge into the digital gaming marketplace, especially if you’d like to play games on multiple devices. Amazon’s Luna and Shadow are two of the most highly rated by players and industry experts.