With Apple’s new product unveilings today, users saw that the iPad Mini 2 is no longer being offered through Apple. Right now, the only iPad Mini that is available is the iPad Mini 4 (fourth-generation), which was updated today where users can now buy it for $399 but only the 128GB version.

The iPad Mini 2 was an entry-level iPad, made for the people who possibly needed a tablet to do some quick internet browsing or to be able to watch Netflix in bed. However, Apple unveiled a new iPad today (technically the fifth-generation iPad) that is priced at only $329 that will come with 32GB of storage. The next model up is the 128GB version which has 128GB of storage. Yes, it is a little thicker than the old iPad Air 2, but for the money and the kind of specs the new iPad has, this is a great buy for an iPad.

It is unclear whether or not Apple is going to be releasing a new iPad Mini 5 this year, but for now, the iPad Mini lives on with the iPad Mini 4 still existing. As for the iPad Mini 2, all I can say is that it had a good run for its time. 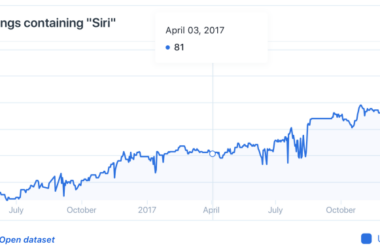 According to hiring data tracked by Thinknum, Apple to take its Siri intelligent assistant seriously, as the company…

On Monday iOS 9.3.3 was finally released to the public and is now available via an OTA software…