Apple updated its online store this morning with new products such as the Product RED iPhone 7 and iPhone 7 Plus, a new iPad, and new watchbands for the Apple Watch. The company also unveiled a new app called “Clips.” This app allows for users to make simple videos with fancy on-screen graphics.

The star of the show was Apple’s new Product RED iPhone 7 and 7 Plus. The specs of the smartphone do not change, but according to Apple’s website, every transaction goes towards a fun to prevent HIV/AIDS and make “an AIDS-free generation. Still, the shade of red is very nice.

Apple also updated the iPhone SE’s memory. Now, customers can get the phone in either 32GB or 128GB. The 128GB is double the space that it used to have. Consumers used to only be able to get up 64GB for this smartphone.

One of the most surprising new products was a new iPad. Apple has decided to kill the iPad Air 2 and iPad Mini 2 in place of this new iPad. The new iPad is 9.7-inches and has the A9 processor in it. Best of all, the tablet runs for only $329.99, which is a great price for a 9.7-inch iPad.

The iPad Mini 4 received upgrades in regards to memory. Consumers can now only buy the tablet with 128GB of storage. It is currently priced at $499 on Apple’s online store.

Apple stuck to one of their newer traditions, which is to update the Apple Watch watchbands. Consumers can purchase the Apple Watch Nike+ watchband without buying the Nike version of the Apple Watch. The nylon band was also updated in a variety of new and different colors to choose from.

Lastly, every year Apple seems to unveil a new app. This year, the app is called “Clips.” It allows users to make and post videos with fancy on-screen graphics. Think of it as an easier version of iMovie for iOS.

Other areas that received changes and updates were Apple’s iPhone 7 and iPhone 7 Plus silicon cases. There are new colors this year that consumers can purchase.

Surprisingly, Best Buy has some more Apple product related sales this week. The past couple weeks have been… 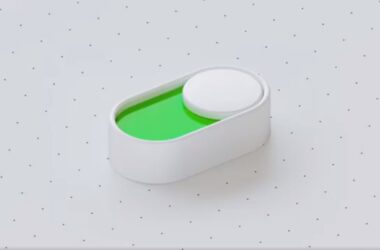 Recently, my family bought a new car, specifically the 2017 Ford Escape SE. With that came a six-month…